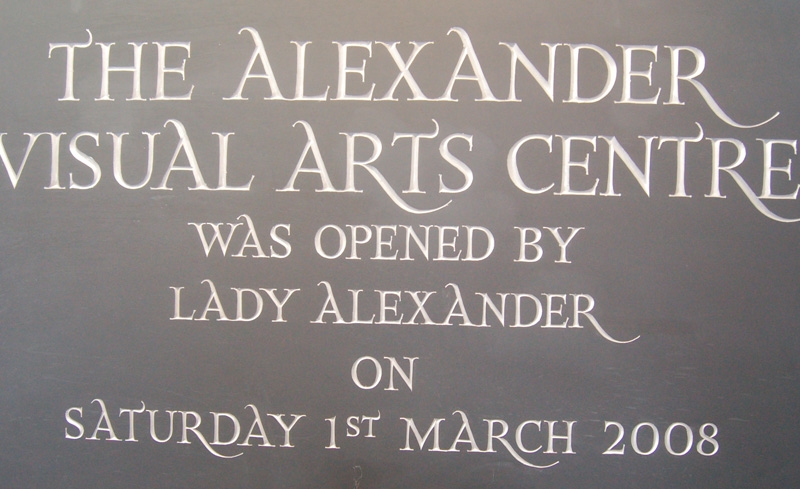 Chairman of the Royal Shakespeare Company and barrister specialising in commercial, business and financial law... Skilful advocate who led the takeovers and mergers panel and then served for ten challenging years as chairman of NatWest.

ROBERT ALEXANDER was considered by many of his peers to be the best advocate of his generation. He appeared in several high-profile trials in the 1970s and 1980s, including the GLC Fares Fair case, the GCHQ action, Jeffrey Archer’s libel suit against the Daily Star and the Spycatcher case.

In 1985 Alexander began a year as chairman of the Bar Council and he seemed destined for the Bench, but after a successful two-year stint as chairman of the Panel on Takeover and Mergers, he surprised his fellow lawyers by becoming, in 1989, chairman of National Westminster Bank.

If in his ten years with the bank Alexander did not match the success he had enjoyed at the Bar and Takeover Panel, it was perhaps because he had the misfortune to serve at a time when NatWest was suffering both fallout from the Blue Arrow affair and a recession.

Robert Scott Alexander was born in the Potteries in 1936. His father owned a filling station in Newcastle-under-Lyme. His mother, an accountant’s secretary, kept the books. Both parents had left school early and were determined that their children would not do the same. They managed to send Robert to a prep school and to Brighton College. He then went up to King’s College, Cambridge, to read English, but after two years switched to law. He won a scholarship from Middle Temple. To earn extra money he sub-edited law reports for The Times. He was called to the Bar in 1961.

After practising on the Western Circuit for several years he was spotted by Lord Roskill, chairman of the Hampshire quarter sessions, who became his friend and mentor. Roskill advised Alexander to take a chance and go back to London.

In 1966 Alexander joined 1 Brick Court, a small set in the Temple with a decent reputation for commercial litigation. Fearing that there was not enough work, the head of chambers, Sam Cooke, QC, had not been in favour of granting Alexander a tenancy. However, the senior clerk, Ron Burley, persuaded the set to take him on.

Burley and Alexander were very different: the former wasan intimidating, sergeantmajor-like figure; the latter was approachable and charming. Nevertheless, the two were made for each other. Burley had the contacts Alexander needed to establish himself at the Commercial Bar, while Alexander was the kind of ambitious, hard-working barrister Burley was looking for.

Alexander was modest about his abilities, attributing his success merely to good preparation, but he had a quick mind and a sharp memory. He was a skilled cross-examiner, and his seamless advocacy earned him the nickname “the Welded Rail”.

At 6ft 6in tall, Alexander was an imposing figure in court. Adopting a low-key, conversational style, he could encapsulate complex issues in a handful of sentences. With his straightforward approach, he made advocacy look easy.

In 1973, seven years after he had joined 1 Brick Court, he was appointed QC. By then he was attracting talent as well as work to the chambers. In 1970 he had been joined by Nicholas Phillips (who became Lord Chief Justice this year), Sir Nicholas Lyell, QC (Solicitor-General 1987-92 and Attorney-General 1992-97), Christopher Clarke, QC, Sir Sydney Kentridge, QC, and Jonathan Sumption, QC. For much of the 1970s and 1980s, 1 Brick Court (now known as Brick Court Chambers) was the country’ s leading commercial chambers.

As a silk, Alexander handled many high-profile cases. In 1977 he defended BP against accusations of sanctions-busting in Rhodesia. In 1978 he combined law with his passion for cricket when he represented Kerry Packer in an action brought by Packer and three England players against the International Cricket Council (ICC) and the Test and County Cricket Board (TCCB), which had banned the players after they joined Packer’s World Series Cricket in Australia. The judge declared the ban an unreasonable restraint of trade.

Alexander was less successful in 1981 when he acted for the GLC in the legal challenge brought by Bromley borough council to the Fares Fair policy. The House of Lords ruled that the GLC had acted unlawfully in levying a supplementary rate to pay for its cut in bus and tube fares.

In 1984 Alexander represented the Government, fighting off a challenge from the civil service unions to the ban on unions at the GCHQ intelligence centre in Cheltenham. The next year he was instructed by the environment secretary in a case against county councils over rate-capping and was briefed by the Government in two cases heard by the European Court of Justice in Strasbourg.

In June 1986 he represented the cricketer Ian Botham in a hearing before the ICC’s appeals committee at Lord’s. Botham was appealing against a two-month ban imposed by the TCCB for bringing the game into disrepute. (Botham had confessed to a newspaper that he had smoked pot.) The appeal proved unsuccessful.

Alexander’s most famous case came in 1987 when he acted on behalf of Jeffrey Archer in his libel action against the Star and its Editor Lloyd Turner over allegations that the novelist and former deputy chairman of the Conservative Party had consorted with the prostitute Monica Coghlan.

In his closing speech Alexander called Coghlan an accomplished liar and actress, likened the Star’s Editor to a “harlot” and contrasted both with Archer, whom he described as “a very happily married man with a strong family life”.

Alexander told the jury that he was not allowed to suggest a damages figure. However, after reminding the jury that his client had been the subject of at least seven front-page reports in the Star, he suggested: “You might say, ‘I would not want to go through that for all the tea in China.’ But what value would you put on all the tea in China?” The jury awarded Archer damages of £500,000.

Alexander also acted for Archer in his action against the News of the World, which was settled when the newspaper agreed to pay Archer £50,000.

At the end of 1987 Alexander appeared for the government in the Spycatcher case. The Government had obtained an injunction preventing the British media from disclosing the contents of the book by the former MI5 officer Peter Wright and was seeking to have the injunction made permanent. But with more than a million copies sold worldwide, Mr Justice Scott concluded that any damage to national security had already been inflicted.

In the period when Alexander’s profile was at its highest, there was frequent conjecture in the press about the size of his earnings and brief fees. In May 1985 Alexander challenged The Guardian, offering to declare his income if the paper would pay to charity 20 per cent of the difference between his earnings and the figure of £1 million it had published. The Guardian did not take up his offer. Later Alexander said that estimates of £500,000 a year had been nearer the mark although “a little on the high side, even in a good year”.

Alexander was not above making use of the media himself. During his year as Chairman of the Bar Council he broke with custom to talk to the press about his dispute with the Lord Chancellor, Lord Hailsham, over the level of legal aid fees. He even shocked the more conservative elements by hiring a PR firm and creating a press office at the Bar Council.

One former barrister was impressed by Alexander, however. Robin Leigh-Pemberton, Governor of the Bank of England, was looking for someone with no obvious political and City allegiances to head the Takeover Panel.

His two-year stint at the panel (1987-89) was a considerable success. The panel, previously criticised as ineffective, was rejuvenated. New guidelines for directors of companies involved in takeovers were introduced, and Guinness was ordered to pay £75 million to Argyll in compensation for regulatory breaches during the Distillers takeover.

In 1988 Alexander was made a life peer. He took the title Lord Alexander of Weedon, after the Buckinghamshire village where he lived.

His time at the Takeover Panel was not without controversy, however. Soon after he became chairman, he represented Geoffrey Collier, the first person to be charged with the new offence of insider dealing. Thanks to Alexander’s efforts, Collier avoided a prison sentence and received a fine that some considered small.

Stung by suggestions that he should have stood down from the case, Alexander wrote to The Times, arguing that dropping his client at that stage might have amounted to “unprofessional conduct”. And undeterred, he successfully defended Ian Posgate from suspension by Lloyd’s in 1988.

Alexander’s efforts caught the eye of Lord Boardman, who was nearing retirement as chairman of National Westminster Bank and looking out for a successor.

It had been intended that Alexander would take up the appointment after a spell as vice-chairman, but he was obliged to become chairman earlier in 1989 than had been expected, when Boardman resigned over the Blue Arrow affair. (County NatWest, an investment banking subsidiary, had been accused of covering up the failure of the 1987 rights issue made by Blue Arrow in connection with its proposed purchase of Manpower.) NatWest was not the only bank facing problems in the 1990s as the economy plunged into recession. Tens of thousands of employees were made redundant, and banks were fiercely criticised by both borrowers and account holders. Alexander once declared: “I sometimes joke that I am the man who went into banking because the law was unpopular.”

Alexander also contributed to NatWest’s troubles when he declared that County NatWest, which had sustained heavy losses, had two years to return to profit. The ensuing rumpus resulted in the resignation of its chief executive, Howard MacDonald.

The spectre of Blue Arrow, meanwhile, proved hard to shake. Rumours that the bank had misled the Department of Trade investigation began to fade only after Alexander wrote in 1992 to the Secretary of State, Peter Lilley, asking him to reopen the inquiry.

The bank suffered another blow in 1997 when a £70m hole was discovered in NatWest Markets’ options division.

Alexander stood down as chairman of NatWest in April 1999. However, he continued to sit as chairman of the council of the law reform body, Justice, as a trustee of The Economist and as Chancellor of Exeter University. In 2000 he became chairman of the Royal Shakespeare Company and president of MCC.

Before that he had held numerous other positions: he was a trustee of the National Gallery (1987-93); he was chairman of the trustees of Crisis (1990-96), the charity for the homeless to which he had been introduced by his third wife, Marie, a former Vogue model turned barrister, whom he married in 1985.

In 2001 Alexander’s career took another surprising turn, when he became joint head of chambers (with Michael Crystal, QC) at 3-4 South Square, Gray’s Inn, the set of his son, David. Working part-time, he focused on mediation and arbitration work.

He is survived by his wife, Marie, and by two sons and two daughters.

The above Obituary was published here with kind premission of The Times.