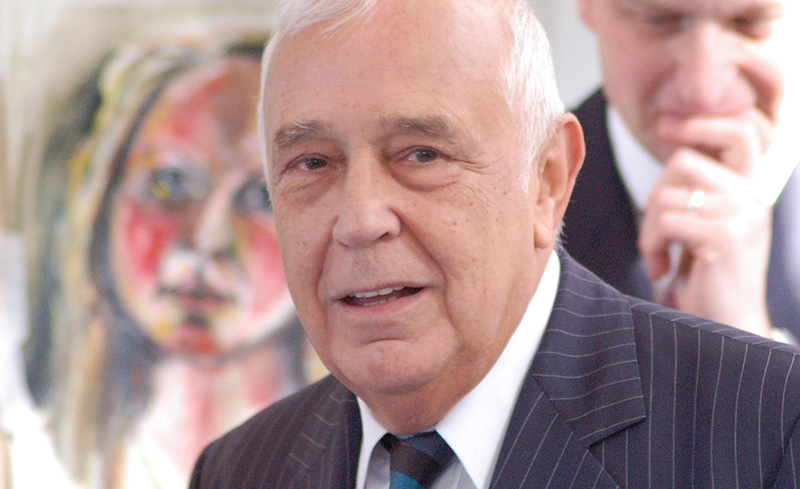 "In England, I boarded at Brighton College, my father's old school, from 1953-1958, and read history at Jesus College, Oxford. I was a research student, senior student, and research fellow at Nuffield College, Oxford, from 1961 to 1969.

My first book, Politicians and the Slump (1967), the published version of my D.Phil dissertation, was about the way the British political system handled the Great Depression. It was widely reviewed -probably because it appeared the same week as sterling was devalued -and widely praised. Reviewers particularly pointed to its stylishness (Robert Rhodes James), its willingness 'unusual in historians to deal with economic issues' (Max Beloff), and its quality of being detached but yet passionate (Goronwy Rees). I like to believe that these have been hallmarks of my academic writing ever since.

In 1969 I received a two year research fellowship at the British Academy to work on a study of Oswald Mosley, the British fascist leader of the 1930s, who had featured in Politicians and the Slump. A book I wrote called English Progressive Schools was published that year. It reflected a long-standing -and continuing -interest in education.

I got married to Augusta Hope in 1970, and spent the next six years writing in London and teaching in Washington DC and Bologna -at the Johns Hopkins School of Advanced International Studies. My biography of Oswald Mosley was published in 1975. It was the most criticised of my books, but in terms of sales the most successful, having been through four editions. Although A.J.P.Taylor wrote that I had not 'wavered from the stance of an impartial historian', others felt I had let Mosley off too lightly. I now think the book was too favourable, but that it also did something which was necessary, which was to make Mosley a figure of history, and not of demonology. The book made it impossible for me to get a permanent academic job in Oxford or in the United States, which I would have liked then. But I was appointed professor of international studies at Warwick University in 1978. I have remained at Warwick since, though joining the economics department as professor of political economy in 1990.

The first volume of my biography of Keynes was published in 1983, the second volume in 1992, and the third and last in 2000. The second gained the Wolfson Prize for History and led to my election as a Fellow of the British Academy. The third has won the Duff Cooper Prize and the Lionel Gelber Prixe for International Relations. One consequence of writing about Keynes was that I acquired his country house, Tilton, in East Sussex in 1986. This enabled our family -by then we had two sons and a daughter -to move out of London, though we still retain a London base. I soon became Chairman of the Charleston Trust, which had been set up to purchase and restore Vanessa Bell's and Duncan Grant's 'country house', and open it to the public. I was able to observe that the relationship between the two neighbouring houses, Charleston and Tilton, were better than they had been in Keynes's day.

To write about Keynes I had to study economics seriously. Although I never took a degree in economics, I was helped enormously by two eminent economists, Nicky Kaldor and Ian Little, to master some of the rudiments of the subject. Nicky, in particular, gave me a sequence of informal 'tutorials' or 'supervisions', stretching over several years, both at his home in Cambridge, and in La Garde Freinet, a village in Provence, where we both had houses, and where the first volume of Keynes was written in 1981-2. Even though I have taught for ten years in an economics department, I am not a professional economist. I like to think, though, that I understand both the style, and much of the substance, of economic argument, and that this has strengthened the 'unusual' flavour of my historical work noticed by Max Beloff. I do my best thinking and writing on the borders between history, politics, and economics.

In the 1980s I started to take a more active interest in politics. These were the years of the Thatcher-Reagan revolutions, and the formation of the Social Democratic Party in Britain as a non-socialist breakaway from the Labour Party. I was a founder member of the SDP and remained in the Party till its dissolution in 1992. From the mid-1980s onwards I was close to David Owen, the SDP leader, and when the SDP broke away from the SDP-Liberal Alliance in 1987, I served on its policy committee, spoke from the party's platform at its national conferences, and played a leading part in developing its 'social market' philosophy, becoming chairman of the Social Market Foundation in 1991. The same year I was made a peer by John Major, and took my seat in the House of Lords, initially taking the SDP 'whip', subsequently joining the Conservatives.

The collapse of the Soviet Union came just when I had finished writing the second volume of Keynes. I was sufficiently struck by the coincidence of the 'double revolution' in favour of markets -in West and East -to venture a short book, The World After Communism, published in 1995. The American-edition title, The Road from Serfdom in conscious echo of Hayek, better captures its main theme, which is the rise and fall of 20th century collectivism. I think I was one of the first to make the point that late 20th century 'globalisation' was a restoration of the liberal global economy shattered by the 1914-18 war. Although I took care to distinguish between the democratic and dictatorial versions of collectivist economics, some reviewers, notably Herbert Stein, objected to me treating them as twin manifestations of the same spirit.

I have also been asked how I can reconcile my admiration for Keynes with a passionate belief in free markets. I don't myself find this difficult, but perhaps there is some tension here in my work which needs to be addressed.

In the 1ast ten years my life has broadened out in various ways, chosen and unchosen. The most important development, autobiographically, has been the deepening -or possibly resumption - of my links with Russia. I have for some years now been on the board of Lena Nemirovskaya's Moscow School of Political Studies. This spring I spent two and a half months in Moscow learning Russian - a language which my parents discouraged me from taking up in childhood when it would have been much easier for me to do so.

My brief hopes of a political career were rapidly extinguished. I think I would have been a Minister in John Major's government had I not resigned from the government's main educational advisory council, in protest against the policies of the then Secretary of State for Education, John Patten. I was given a second chance when I was made chief Opposition spokesman in the Lords, first for Culture, then for Treasury Affairs (1977-9). My second appointment ended when I was sacked by the Conservative Party Leader, William Hague, for publicly opposing NATO's bombing of Kosovo. Interestingly, this particular stand, which I never thought of as in the least courageous, got me the largest postbag-running to several hundred letters -that I have ever received for anything I have ever done. My sacking enabled me to finish volume 3 of Keynes far quicker than I would have done otherwise. In 2001 I resigned from the Conservatives and now sit in the Lords as a Cross Bencher.

In the last six months has come a new twist, with my appointment as a non-executive director of Stilwell Financial Inc, a holding company which owns Janus, one of the biggest and most successful American Mutual Funds. Something I had written in the New York Review of Books attracted the attention of its CEO, Landon Rowland. I believe this could only happen in the USA. In the UK nothing I have ever written or done has suggested to anyone that I might be suited to money-making!

My next project is a book which I plan to write with Vijay Joshi, Fellow in Economics at Merton College, Oxford. My first essay in joint authorship, it will aim to sort out the sense and nonsense of 'globalisation', and tackle the really big political economy question: what political and institutional supports does a free economy need to survive? This is a theme which links together my various intellectual interests in a most satisfactory way."