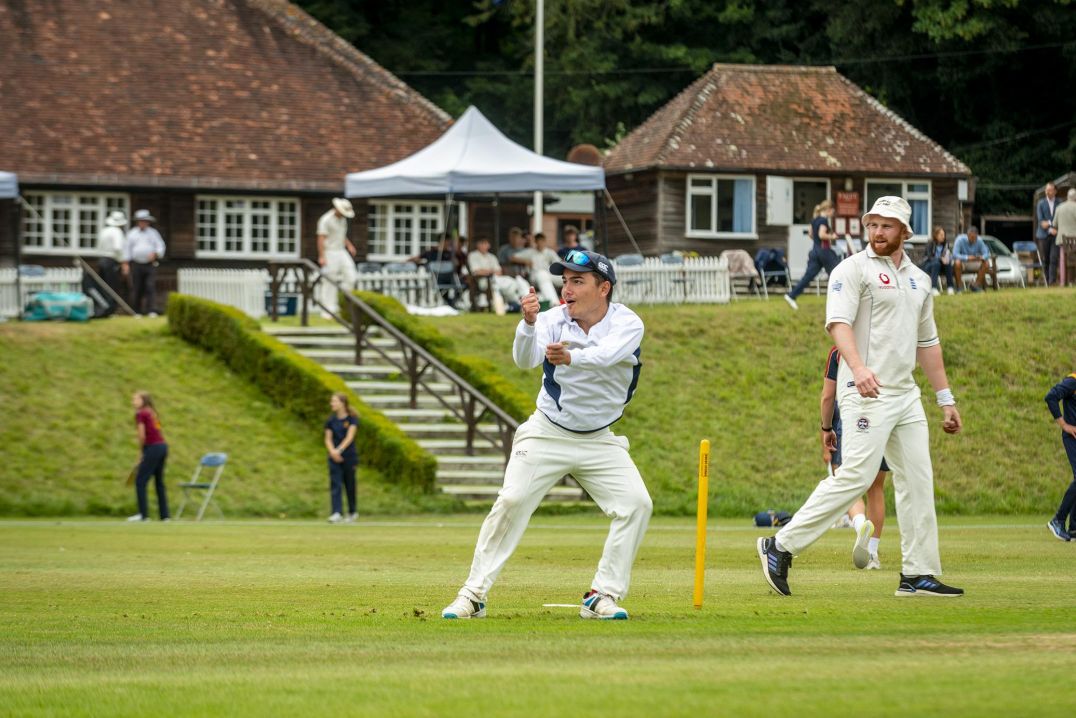 On Friday 24th June 2022, Arundel Castle hosted a Brighton College Celebration of Cricket, with two T-20 matches over the course of the day, a girls' game in the morning and Old Brightonians boys vs Brighton College First XI in the afternoon.

Mark Davis, Head of Cricket at the College, reports on OBs vs First XI:

A brilliant day was had by all. On a sunny day at the picturesque Arundel Castle Cricket Club, Brighton College won the toss and did not hesitate in choosing to bat first.

The Arundel pitch was magnificent with good true bounce and some excellent carry. Charlie batted with control and aggression to make an excellent 78 and Tim made a quickfire 33 to post a total of 178 for 5. In reply, Josh batted well for 37 before being stumped by Sam off the bowling of Alastair, one of Alastair's 4 wickets. The spinners put a strangle hold on the middle of the OBs innings which they failed to shrug off and were bowled out for 127, giving Brighton College a win by 61 runs. A big thank you to the Old Brightonians for their support this year.

And the Will Heywood reports on the girls' game:

Two Brighton College sides were created to compete against one another, with every year group being represented in plentiful numbers. Team Navy, under the leadership of Ella , won the toss and decided to bowl first.

Team Maroon batted with patience, steadily accumulating a competitive score of 126/2 off their allotted 20 overs. The majority of the runs were scored by Holly , striking the ball well through the off-side for a well compiled 40.  Able contributions also came from Orli (21) and departing 1st XI captain, Laura. Mani bowled well, claiming a wicket in her spell, whilst the miserly Emily dried up runs at her end with accurate left-arm swing bowling.

In response, Team Navy made a promising start after the fall of an early wicket, thanks to some powerful batting from Ella.  However, it was Mariella with the ball who swung the game, taking two wickets in two balls and leaving the batting side in a spot of bother.  Aylmer then backed up Mariella to remove the danger player Ella for 21. Maisie batted well for her 14* whilst wickets fell at the other end but it was quite to be, with the batting team falling 8 runs short. Mariella was the standout bowler, taking 3 wickets in total, but was ably supported by a hostile spell from Raphie and two wickets for Tanya.

For more photos from the day, be sure to view the full album on Brighton College Connect.

Thanks to the OB team: