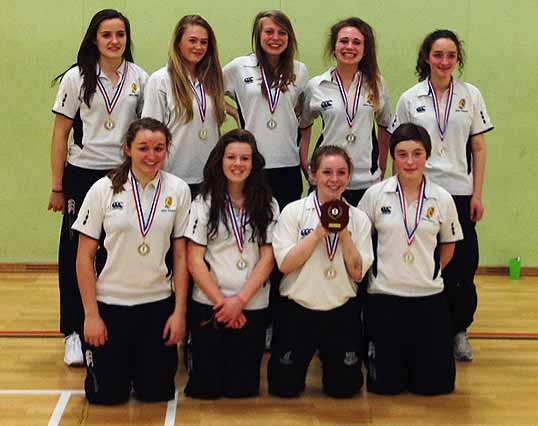 The girls - who have not yet lost a game in the tournament - beat Essex side, Shenfield, in the final of the South East Regional Championship and took Brighton one step closer to retaining their crown as National Indoor Champions. Tight bowling, excellent fielding and catching and some superb batting helped the girls see off Godolphin & Latymer, Challney and Highworth schools to make it to the final against Shenfield; Brighton chose to bat first and held their nerve after losing a flurry of early wickets, to score 72: a superb display of bowling held Shenfield to 53, and took the team through to the Lord's final.

The team is following in the footsteps of last year's Under 15 girls from the College, who won the national title last year in a thrilling final against Ivybridge , also at Lord's. Brighton previously won the title in 2004, when current England players, Sarah Taylor (W. 2002-07) and Holly Colvin (F. 2003-08), were in the team.