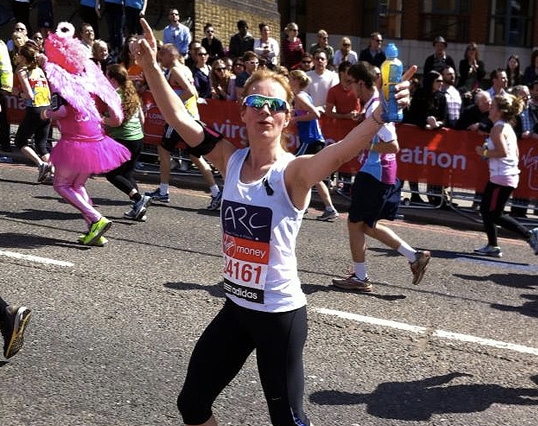 A big thank you to Old Brightonians from Alex & Miriam Bremer!

UPDATE: I am very sorry to report that despite the very best efforts by the clinical staff at Great Ormond Street Hospital our darling daughter lost her fight with cancer on 5th July 2013 - just 2 days after her 2nd birthday. My wife, Miriam, and I would like to thank Old Brightonians everywhere for the extraordinary support shown to us over the last 6 months.

Miriam & I would like to extend our heartfelt thanks to the Old Brightonian community for their support - both spiritual & financial - as she trained for and ran the London Marathon this weekend.

Miriam said it was and incredibly moving occasion, not least during the strictly observed silence at the start as the runners remembered the victims at the recent Boston marathon. As a family we are all moved and inspired by the wonderful example set by my wife at this most trying of times. On her behalf, and that of our sweet daughter as her cancer battle enters a most critical phase, I again thank you all.