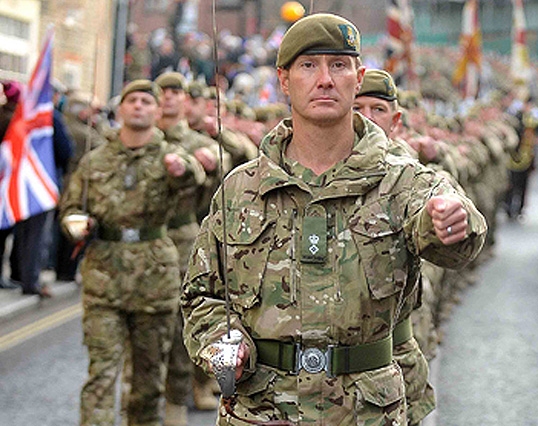 Our warmest congratulations to Lt Col Zac Stenning (H. 1985-90), awarded an OBE in the Military Honours Announcements on Saturday 23rd March for his actions during Operation Herrick.

The Commanding Officer of 3 YORKS, Lieutenant Colonel Zac Stenning, returned to the UK in December 2012 following his battalions demanding but successful role as part of 12th Mechanized Brigade in the Nahr-e Saraj district of Helmand province on Operation HERRICK 16 between April and October 2012.

Upon his return, the Commanding Officer of 3 YORKS, Lieutenant Colonel Zac Stenning, said:
"We have seen considerable progress over the last six months. We undertook 3,300 patrols, 13 major operations, had 240 contacts with the enemy, and saw a 50 per cent reduction in violence in the area we were responsible for. Importantly there was a much greater increase in Afghans doing their own security which is what transition is all about. The efforts this summer of the battalion and the collective efforts of the wider brigade certainly made a significant difference."