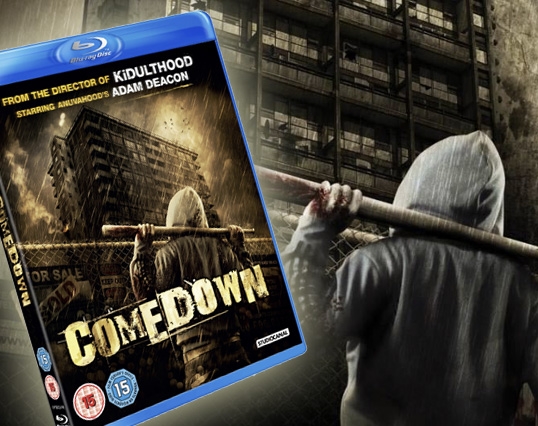 The latest film from Menhaj Huda (C. 1980-85) is now available on DVD. "COMEDOWN" is a high rise, gruesome, thrill ride from the Director of Kidulthood starring Adam Deacon.

"Gritty and Gruesome", Comedown is a "grisly, urban slasher for the 21st Century" (Horror Cult Films)

In exchange for free drugs and cash, six friends agree to set up an aerial on the roof of abandoned tower block Mercy Point for local pirate radio station Locked FM. After successfully avoiding the authorities and breaking into the condemned building they begin an excessive night of drugs, booze and tunes. But Mercy Point isn't as empty as they'd originally thought.

There's someone lurking in the darkness that calls this place home, someone determined to kill all trespassers.