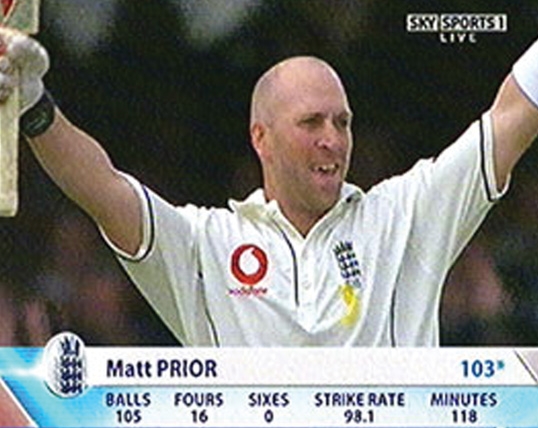 Cricketing superstar Matt Prior (R. 1995-00) to give starter's orders at Brighton Marathon

Cricketing icon and Old Brightonian Matt Prior (R. 1995-00) will be the opener for this year's Brighton Marathon. The Sussex and England wicketkeeper has been unveiled as the official starter for the fourth Brighton Marathon later this month.

The 31-year-old former Brighton College pupil will get the 10,000 field of runners underway in Preston Park on Sunday, April 14.

Matt will follow in the footsteps of Albion manager Gus Poyet and athletics legends Steve Ovett and Steve Cram who have started the city's marathon. Race director Tim Hutchings described Prior as one of England's "sporting superstars". He added: "The fact that he was educated at Brighton College and plays for Sussex makes him very much a local gem for the city and we are incredibly privileged to have him as our official starter this year."

The England cricketer has also picked up the Beard of Spring 2013 award. The award organisers praised Prior for his defiant century which saved the final Test against New Zealand.

Read the full article, reproduced here with kind permission of The Argus >>