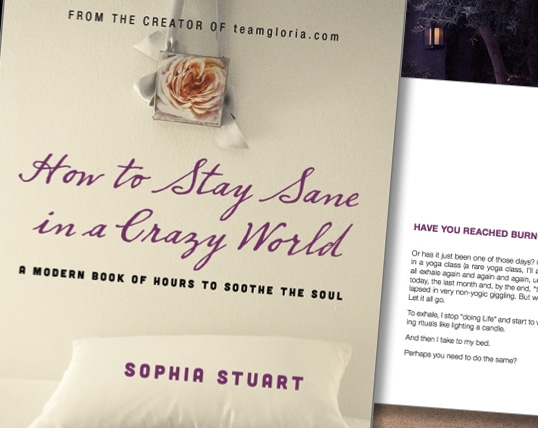 A global award-winning media executive and former head of digital for Hearst Magazines International, sophia led a busy life, but all that changed after a visit to the doctor revealed a tumor in sophia's throat. Based on her blog, teamgloria.com, the book follows her experiences and encourages readers open their eyes and see the world anew.

You can also read about Sophia's dramatic lifestyle change from high-flying media executive in New York to photographer/journalist in Los Angeles in this month's issue of Red Magazine.