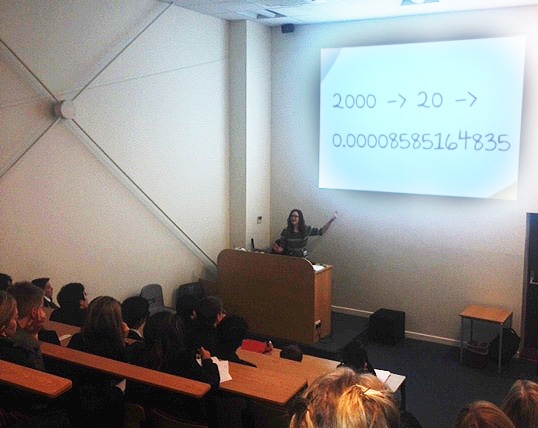 Dr Victoria Baines never intended to have a life of crime. Twenty years ago, when she was studying for her A Levels, she fully expected to have a career in acting or academic research. But one thing led to another, and after getting a PhD in Roman Literature she suddenly found herself working for the police as an intelligence analyst. She has helped to dismantle international drug trafficking networks, investigate police misconduct and protect children online.

Victoria has just returned from a four year posting to the European Police Office (EUROPOL) in The Hague, where she was one of the founders of the European Cybercrime Centre, EC3. She now works for a social media company whose name begins with an F, and maintains an unhealthy interest in folk music.

Victoria believes in the certainty of chance and the ability to see a pattern in everything. She will demonstrate this by mapping the contents of her brain in the most gruesome and lurid detail.