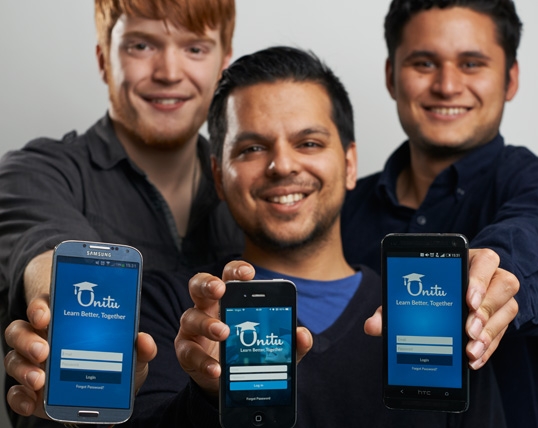 Ignacio, a recent Econ and finance graduate from Southampton has received grant funding to take Unitu, a university feedback platform, to market. Ignacio and his co-founding team from LSE and Kings College, are taking Unitu to the next stages of development with support from Jisc.

Unitu was born from the pains experienced as university students in two aspects. Collaboration and student to staff communication and feedback. With large class sizes both were significant pain points for the founding members of Unitu. Higher tuition fees further amplified these pains. So Ignacio, Anish and Vlad decided to create Unitu. A space where students can collaborate around academic work as well as collaboratively raise and resolve academic issues with their staff.

Earlier this year the team produced web, iOS and android applications which are currently being piloted in SOAS and Roehampton university. The project has been supported and funded by Jisc, the leading digital service provider for higher and further education institutions. Overall Unitu has raised £30,000 from Jisc, which was recently reported in Time Higher Education.

Ignacio aims to explore new markets to take Unitu into in 2015 including further education, non profits or any community based institution seeking to increase their customer satisfaction and retention. So if you have any feedback or suggestions you can reach him at This email address is being protected from spambots. You need JavaScript enabled to view it..