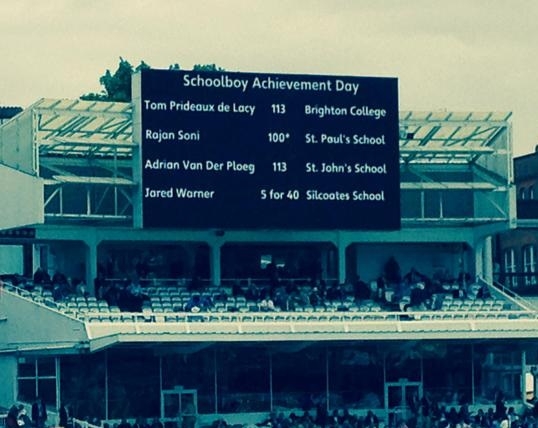 Old Brightonian, Tom Prideaux de Lacy, saw his name in lights at the first Test Match between England and New Zealand at Lords. He was there as a guest of The MCC as a reward for scoring a century against them whilst representing Brighton College in 2014.

Tom's innings included 17 boundaries, three maximums, and a fifty partnership for the tenth wicket during which Tom Stewart-Green didn't score a single run! He was eventually the last man out for 113. Impressive stuff, well done Tom!