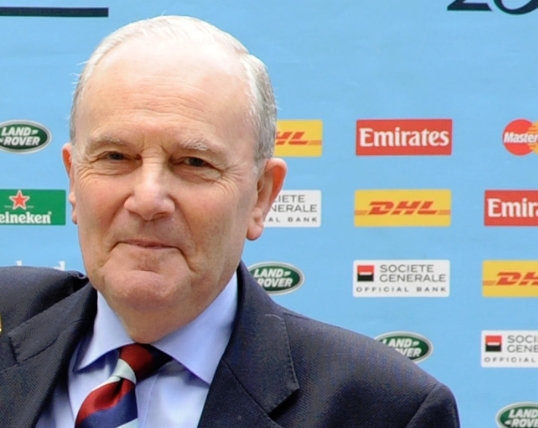 Jeromé began his Brighton College career in the Junior school amidst the chaos of the second World War, over seventy years on he is celebrating his 80th birthday this month and we could think of no better way to join in the celebrations than to make Jeromé this December's OB of the month.

I entered Brighton College Junior School as a boarder in 1944 then situated on the south side of the main quad having been evacuated from its premises in Lewes Crescent that had been taken over by the military in 1940. I remember seeing V1 rockets coming over the school from the south facing window on the stone staircase of the upper floor. The Juniors moved to the opposite side of Eastern Road in 1946 and their former home became Bristol House. The new headmaster was Bayliss-Smith who, amongst his many talents, was a significant ornithologist and who introduced a scout troop (the 17th Brighton) and a cub pack. I remember scout camps at Stanmer Park and elsewhere around Sussex every Whit Weekend and every summer holiday. The teachers were excellent and I was awarded an Open Exhibition to Aldrich House in the College in 1949.

I was destined to be a metallurgist but the opportunity to follow this career faded with the death of my father in 1951. I left the College in 1952 after ‘O’ Levels and, at the suggestion of my mother and on the advice of one of her friends (who was to become my father-in-law in 1960), I commenced a five-year training in 1953 to become a Chartered Accountant. In those days, training was all by correspondence and, though I was competent enough in the office, by January1958 I had not passed any professional exams – and National Service was imminent. My girl friend and I wanted to get engaged but we had to wait until I had qualified and could earn a living. Her father then made the inspirational decision that we should get engaged immediately and I should go away to a college in North Wales to study for my Chartered Accountancy exams. From that day onwards, 26th January 1958, I have never failed anything in my life. I passed my Intermediate Exam in June 1958 and my Final Exam one year later. My National Service began in June 1959, four days after my exams. My experience in the College CCF stood me in good stead; I was awarded the Champion Recruit Award of my intake and, after Mons officer cadet school, I was commissioned in January 1960 into the Royal Sussex Regiment serving in Belfast. My CO allowed me two week’s leave in June to be married and my wife, Louise, who came to Belfast, is the only woman to have lived in Ulster married to a serving National Serviceman.

In 1961, I joined a firm of accountants in the City of London. Five years later, I was offered a partnership at another City firm who were auditors to the clothiers, Simpsons of Piccadilly, where I was recruited as company secretary (CFO) in 1972. In 1974, I was appointed to the main board of what became DAKS Simpson Group plc. where I served until my retirement in 1999, latterly as Group Finance Director and Deputy Chairman. One of my innovations that gave me particular pride was the offering of membership of the company’s pension and life assurance scheme to our 1,500 factory floor workers in Scotland that previously had been for management only.

I served as a trustee of the Chartered Accountants’ Benevolent Association for 35 years including as its President from 2003-2005 and I have been involved elsewhere with the charity sector all my life.

The College taught me not to be afraid to innovate, to be self-sufficient, clarity of speech and the need for team spirit.