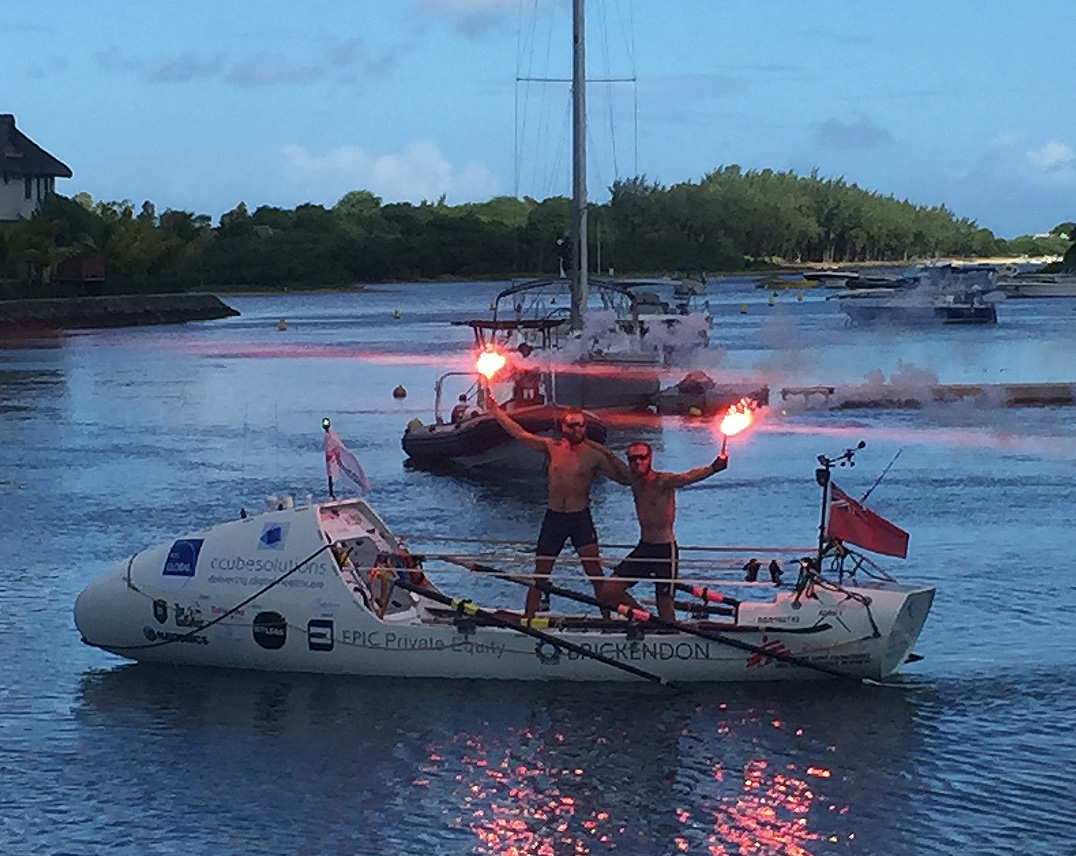 Jack Faulkner (son of Jill Ward (Fe. 1978-80)) and friend Ted Welman have finally reached land after 56 days, 23 hours and 45 minutes after casting off in Gearldton, Australia. The pair completed this incredible rowing journey in aid of Médecins Sans Frontières.

"Ocean rowing remains one of the toughest endurance tests known to man, nearly 4000 people have climbed Mount Everest, 536 have been into space yet only 20 rowing boats have crossed the Indian Ocean and only four were pairs" To read more about Jack and Ted's adventure please go to their website, www.doctorsadrift.com

They write: "Working as doctors in UK Hospitals has given us an appreciation of the importance of first responders and emergency healthcare in times of crisis. In the UK we are incredibly lucky to have such a comprehensive health service, free at the point of delivery and available to everyone who needs it. History has shown that natural disasters and conflicts that devastate local communities, often occur in areas with the least access to medical resources. MSF helps people worldwide where the need is greatest, delivering emergency medical aid to those affected by conflict, epidemics, disasters or exclusion from healthcare. They place highly skilled medical staff, logisticians and water and sanitation experts into disaster zones with their medics carrying out over 8 million patient consultations every year. Their network of aid workers and supplies around the world mean they can quickly respond to disasters. Indeed, after the Haiti earthquake, they treated their first patient within three minutes. MSF was founded in 1971 on the belief that all people have the right to medical care regardless of gender, race, religion, creed or political affiliation, and that the needs of these people outweigh respect for national boundaries. MSF has since opened offices in 28 countries and employs more than 30,000 people across the world. Since its foundation, MSF has treated over a hundred million patients".