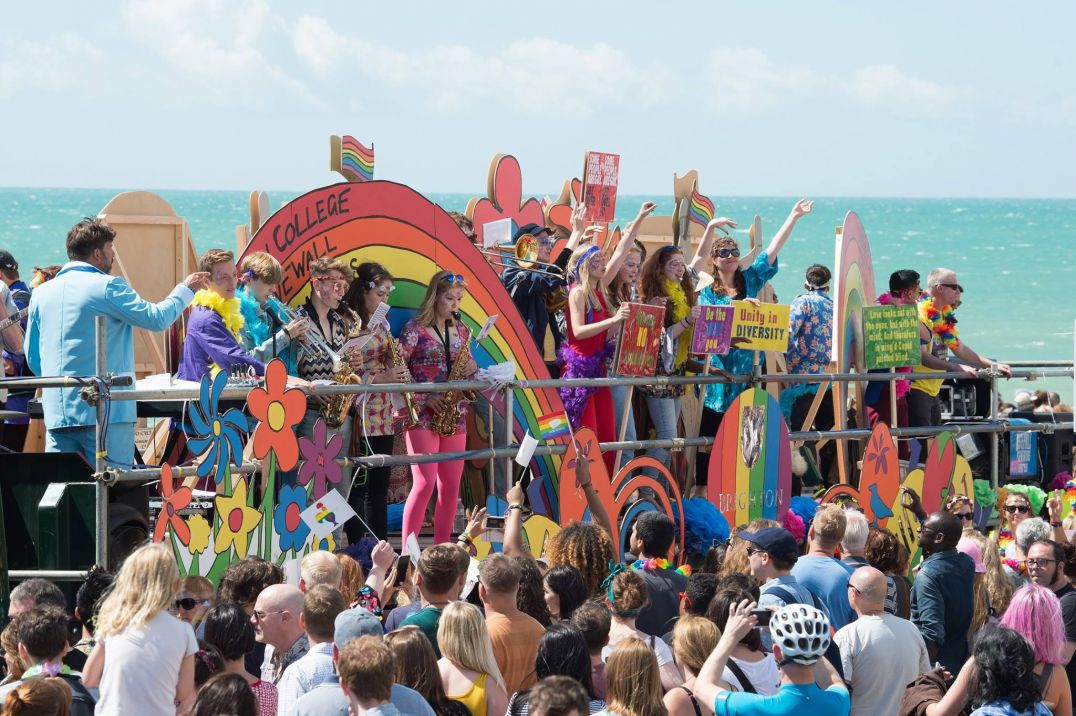 With a strong anti-bullying message, Brighton College pupils and staff embraced the 'Summer of Love' theme of this year's parade.

We were delighted to partake in this year's Brighton Pride Parade, with a beautifully designed and decorated float, in the theme of this year's Pride Parade, the Summer of Love- celebrating the fiftieth anniversary of the decrimilisation of homosexuality in England and Wales. The idea to take part came from pupils after a talk from Stonewall ambassador and actor, Sir Ian Mckellen. Equipped with banners and stickers with messages such as 'We say no to bullying!', 'Unity in Diversity' and 'Be the best you' Brighton College pupils proudly spread our message of equality within our community.

The Swing Band proudly sang the Beatle's smash hit 'All You Need is Love' as a few of our dance pupils carried out a dance routine following the float, throughout the duration of the parade! Thank you to all of the Old Brightonians cheering us on, in the parade, on social media and in spirit!