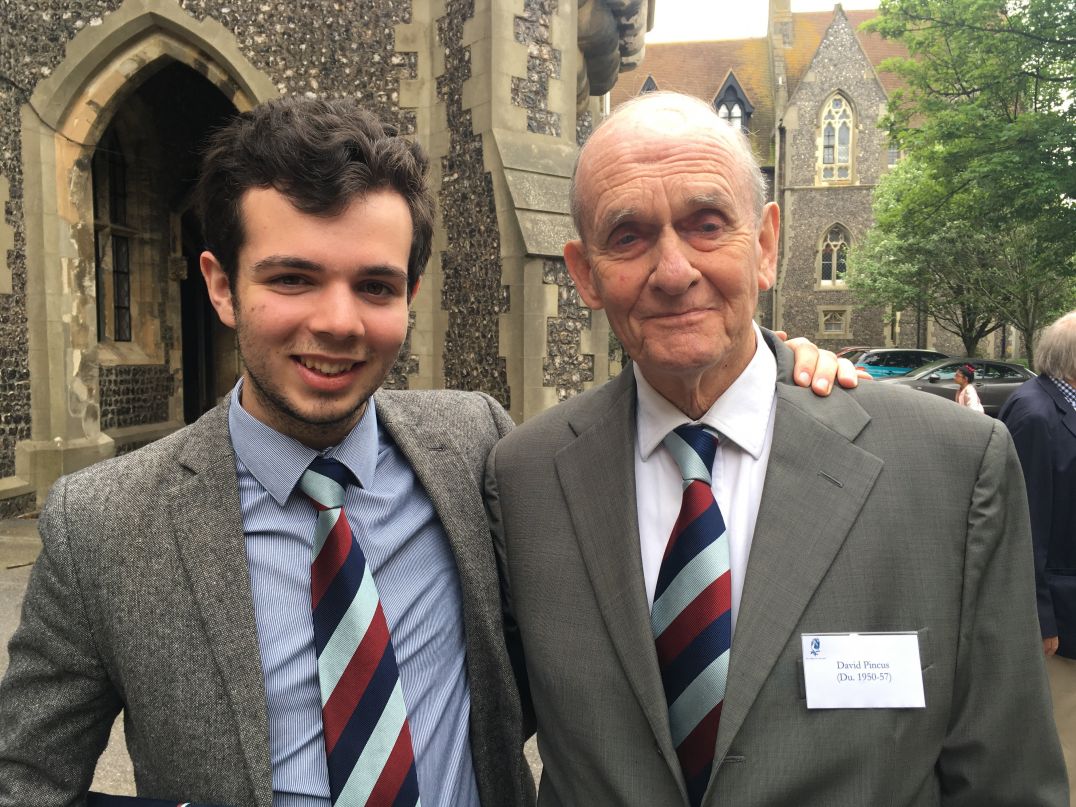 Our 2018 Pioneers Brighton lunch took place on Saturday 12th of May and saw our alumni who are over 60 and linked through their memories of the College.

These lunches are fantastic events, and bring together Old Brightonians from around the world, and we grow in attendance with each year. This year's Brighton luncheon welcomed over 55 Old Brightonians, including David Blake (Br. 1952-56) who usually resides in South Africa! It was a brilliant occassion not only due to the very nature of welcoming our brilliant alumni back to their old school- but also it gave us the opportunity to celebrate the retirement of Derek Wheelrer, the 'unofficial' Brighton College barber who began cutting the hair of the boys in Durnford House (under the instruction of Jock Henderson!) including Gavin Henderson, David Pincus and many others. He was then regarded as so effective, that the remaining Boarding Housemasters had Derek attend for regular haircuts to ensure their boys looked acceptable.

We also showed our Pioneers around the College, comparing old to new, and were happy to show our new Yeoh Building and the Creative Learning Centre, and chat a bit more about new teaching methods in current education.