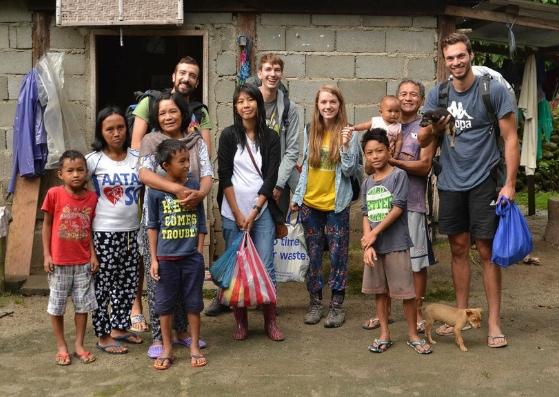 This summer Louis Rivet will be volunteering with Engineers Without Borders to construct and renovate Micro Hydro Power systems in the Philippines, to provide electricity to rural communities. Without this electricity, local school children have insufficient lighting to study after dark, and community health clinics are less able to cope with patient demand.

Louis left Brighton College in 2012, moving to Cardiff University to study Civil Engineering and is now in his final year of his Masters. During his time in Leconfield, Louis participated in various fundraising activities, including the house head shaving for the Rocking Horse charity. Participating in these activities at Brighton College has inspired him to participate in charitable endeavours. During his gap year, Louis went to Burundi where he worked at King’s School Bujumbura and the local orphanage - an eye-opening experience which has further spurred him on to do as much charity work as possible.

As the work in the Philippines is all voluntary, Louis is fundraising in order to get out to the Philippines and sustain himself while he is out there. In order to raise these funds, he has so far hosted a pub quiz, cake sales and will be challenging himself by cycling from Cardiff to Brighton – over 200 miles - in just three days.

It would be great if you could help Louis out by visiting his JustGiving page, and if you have any questions about the project that you would like to ask Louis, he can be contacted directly at This email address is being protected from spambots. You need JavaScript enabled to view it..