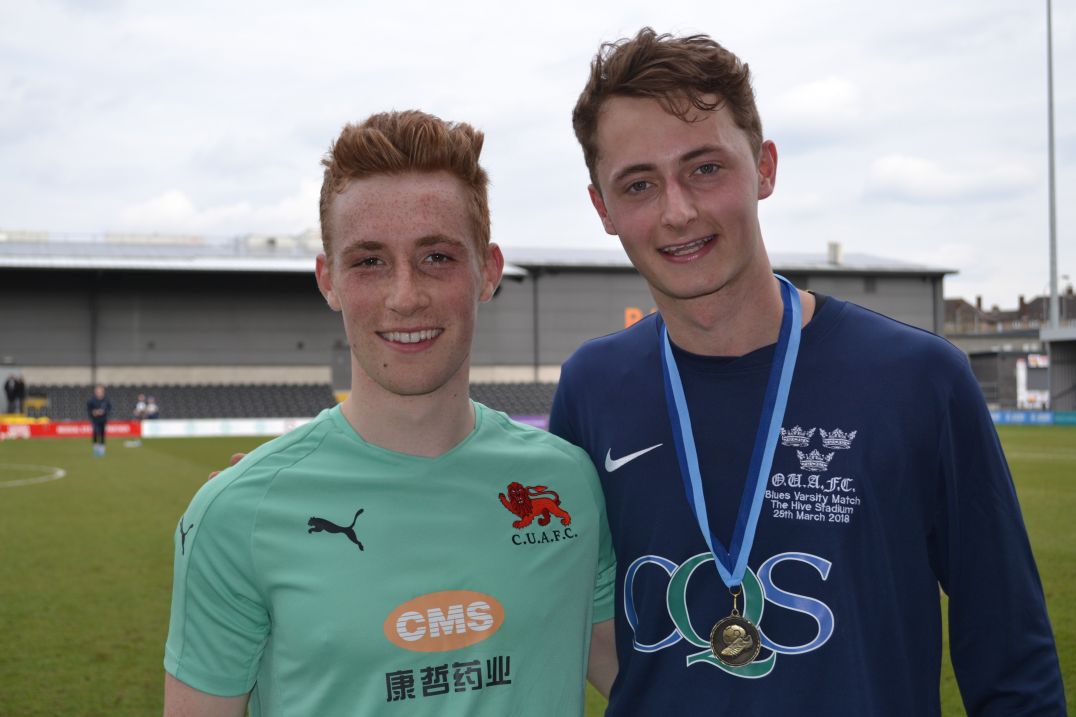 Whilst it was Cambridge who were the ones to beat on the Thames this year, on land, Oxford took the spoils at the Hive Stadium, home to Barnet FC.

Although they were rivals on the pitch on Sunday they found time for this photo and a chat after the game, which ended in a 3-0 win for Oxford. Both players will be eligible for Full Blues, the highest sporting honours that both Universities can confer. It caps a hugely successful season for the Football Club, with the 1st XI winning the Molten SKIL league and the South East England U18 Futsal earlier this year.