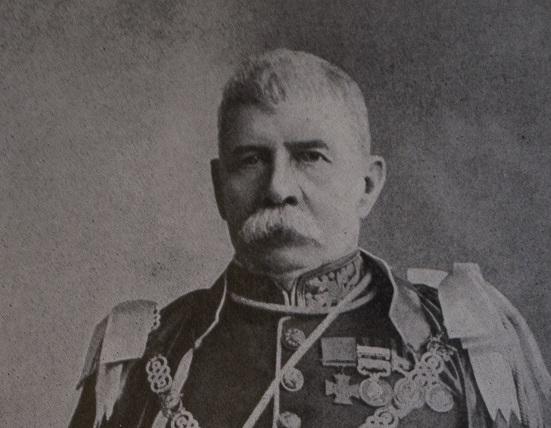 Speculation followed that the sword’s disappearance might have been connected with the theft by substitution of the General’s Victoria Cross from the National Army Museum (from 1960-1971 at Sandhurst) earlier reported by The Telegraph. There it had been on display in a traditional glass topped case in the Indian Army Memorial Room, formerly the Chapel of the Military Academy, a location just as tempting as our College Chapel for any collector of militaria.

Research since then by the Prendergast family has uncovered the identity of the person most likely to have been the person who stole both items. He was a passionate medal collector, long since deceased, notorious for “borrowing” authentic medals and uniforms from both public institutions and private individuals in the 1960s and 70s. His characteristic modus operandi was to replace the stolen items with copies, sufficiently realistic for the substitution not to be detected immediately. The combination of the General’s ceremonial sword and his Victoria Cross would have been an irresistible temptation for such a determined collector.

Finding out the date when the sword went missing is a vital piece of evidence if the two thefts are to be plausibly linked to the same person. Any Old Brightonian able to recall when they last saw the sword on the wall and/or when the sword was no longer visible will, the family hope, be making a valuable contribution to the eventual recovery of these valuable relics. Alternatively, if anyone has a photo of the Chapel with the sword in situ, that image might also help hasten its return to its true home in the Chapel.