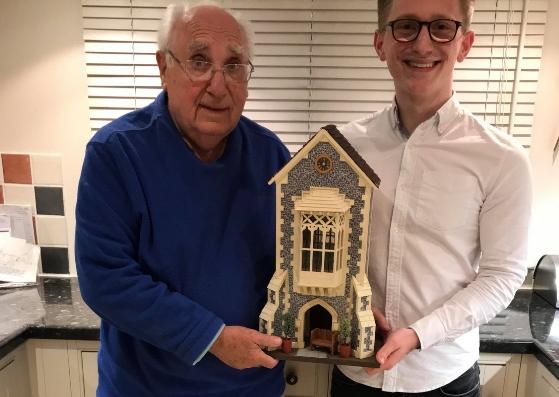 Memories of school skillfully crafted into a beautiful wooden model

"It is now one of my most prized possessions and something I will treasure forever. Having a model crafted by my grandfather, which also reminds me of the brilliant times I spent at Brighton College, is a wonderful thing to have."

Some of my earliest memories are of my grandfather working in his shed, creating all manner of things - be it furniture, dolls houses, toys for myself, or anything else he could imagine! From a young age, my grandfather always had a passion for woodwork. This primarily developed at his school where he studied it and was told he had a natural skill by one of his teachers. His passion was then accelerated during the Second World War. He was relocated to live briefly with his uncle who happened to be a woodworker who specialised in fretwork – something my grandfather particularly liked due to the detail and intricacies of it.

During his final years at school, he was one of the select few who were given the opportunity to take an apprenticeship as a cabinet maker at a highly regarded factory in London, near Hackney. On his first day, however, he was sent to the glue room and couldn’t abide the smell as it was made from all sorts of things, such as rabbit skin and old bones. As a result, he decided not to take on the apprenticeship as it made him feel too sick! In the end, my grandfather found his second love – writing. He started work at Reed, eventually becoming the Publishing Director. Throughout his career, he carried on with woodworking, finding it therapeutic after a day in the office. Fast forward to the present day, he still loves his craft and cannot be torn away from his prized shed!

Over the past several years, my grandfather’s skill has been recognised through the bird boxes and models he creates, becoming ‘famous’ locally. During a visit to our extended family in America, he admired a stall selling bird boxes and decided to try and make one himself. After being incredibly successful and selling over 40 in one day at a local craft fair, he decided to pursue his hobby more seriously. My grandfather has created a myriad of different boxes and models using scrapped timber. For example, he’s made representations of the Tardis from Dr Who, The Middle House pub in Mayfield, the Woodman’s Cottage from a fairy tale book my sister read, a traditional red Telephone Box, and the Duck House which was famously claimed during the MP expenses scandal.

Recently, as he isn’t getting any younger and soon may not be as dexterous, I asked him to make me a model with personal sentimental value. For me, this was Brighton College. After a lot of deliberation and planning, he finally agreed, and gifted the model to me for my 24th birthday. It is now one of my most prized possessions and something I will treasure forever. Having a model crafted by my grandfather, which also reminds me of the brilliant times I spent at Brighton College, is a wonderful thing to have. He also tailored it to my time at the College; due to the fact it was impractical to recreate the glass doors of the main building, instead, he replicated the front door of Abraham – the house I was in – allowing me to have a memento of both.

Given he is 85, it’s impressive my grandfather can still create models like this. I hope that when I’m his age, I will have a hobby which I’m half as good at, as he is with woodwork!

A big thank you to Jake Sayer (Ab. 2008-13) for sharing this lovely news with us! Jake is fondly remembered at Brighton, especially by his House Master of Abraham, Paul Wilson:

"I had a good first impression of Jake in my first few days of taking over the reins from Ken Grocott to the extent that I asked him late on Thursday night in that first week if he wouldn’t mind interviewing me in the House assembly the following morning. Jake struck the right chord and avoided asking me anything too embarrassing but still managed to make it entertaining, which considering the material he had to work with was quite an achievement! Jake shared a room that year right at the top of the House overlooking the quad with Dougie Glynne-Jones, and I remember showing an inspector around their room, which only just passed the UK decency laws (Ken Grocott put it succinctly, no boobs or pubes!) but they had taken it to the edge and I was relieved that the inspector shared my interpretation of the law! Jake was a very positive and sociable young man, incredibly well liked by all of his year group, and it was great to catch up with him at a recent OB event and see that he was on great form and still full of joie de vivre." 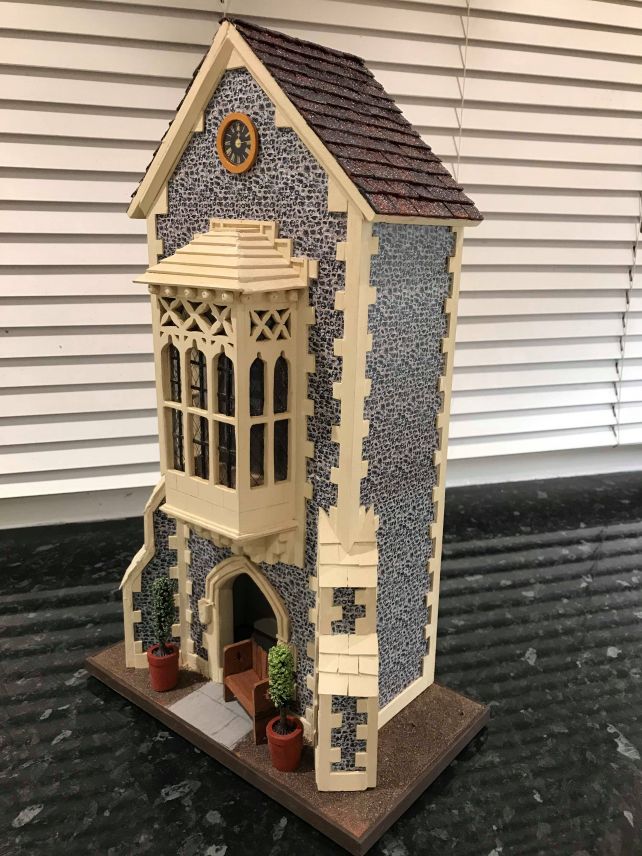