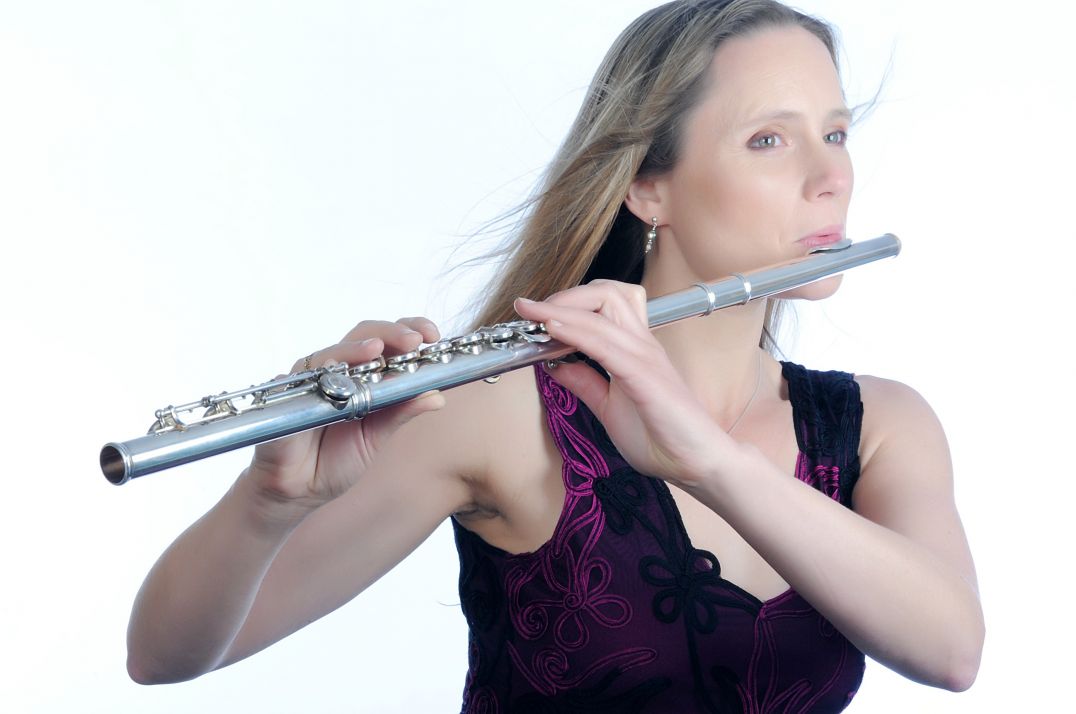 Dr Rachel Smith (Fe. 1988-90) came to Brighton as a music scholar, and was heavily involved in all aspects of music life whilst at school. The British Flute Society as well as Verity Sharp from BBC Radio 3 have praised Rachel for her control and beauty of tone, her talent has led her to play with symphony, chamber and opera orchestras, and conerto and recital performances have taken her around Europe, Japan, Zimbabwe, Canada and the USA.

When you were at Brighton College, what did you want to be when you ‘grew-up’?
To pursue a career in music as a classical flautist.

I started playing the recorder at the age of four and music quickly became my favoured past time and passion, which dominated my school years and so it was a natural progression to make it my career. I was a music scholar at Brighton College and therefore heavily involved in all aspects of musical life whilst there and I think something as vocational as music requires an underlying drive to follow the heart and desire.

What do you do now, and what does your job involve?
I’m a classical flautist, combining playing with teaching. My performance work includes orchestras, opera, chamber music, broadcasts, solo work, recitals with various combinations including flute and piano, flute and harp, and flute and guitar. I am principal flute of the Coldstream Guards Band involving concert tours worldwide, ceremonial work in London and chamber music performances with the Guards Wind Quintet. I am a part-time lecturer at London College of Music, have my own private teaching practice and give workshops and masterclasses at schools and universities. I have had composers write me pieces of music from solo works to duos and concertos, many of which I have recorded and performed worldwide, and some have featured on Classic FM.

What are the most rewarding and challenging parts of your job?
The most rewarding parts of being a musician for me, are getting that incredible “buzz” of performing great repertoire with superb musicians and the satisfaction from playing well after putting in lots of hours of practice and rehearsal time. I give regular recitals in care homes and hospitals, which I find very worthwhile as it feels I’m giving back something to the community and so appreciated by the elderly and those who wouldn’t be able to get to hear live classical music otherwise.

The most challenging parts would include dealing with egos and temperaments of musicians! Also having to work some weekends and late evenings especially in the middle of nowhere and there’s a long drive or train journey home. Performing for (usually) corporate functions when we are the entertainment they’ve come to see, yet they talk throughout and are more interested in their champagne! Perish the thought!!

What are you most proud of so far?
I have been fortunate enough to perform at some amazing venues over the years, and in December 2017 I performed a solo at the Raymond Gubbay Christmas Spectacular at the Royal Albert Hall.This was such an amazing experience and pretty nerve wracking walking out onto the huge stage to a full house for two shows. Other highlights include performing concertos on some of the most amazing concert halls in the world in Japan, whilst on tour with the Coldstream Guards Band on each of the seven times I’ve visited there! Also seeing the ongoing success ten years on from founding the Guards Chapel Recital Series in 2009, a monthly lunchtime recital series at the beautiful Guards Chapel in London, featuring the best musicians within the Household Division Bands and attracts audiences up to 500. I have also recorded three solo CDs, another with The Hilser Flute Cello Piano Trio and solos on a number of others. I obtained a Doctorate of Musical Arts degree in 2013, which has opened doors to be on the teaching staff at London College of Music.

What is your fondest memory of school?
I loved singing in the lovely Chapel as part of the Chapel Choir, and walking through the quads and around the school grounds, feeling privileged to be there and part of such a tradition. I made some lovely friends there, some of whom I’m still best friends with and see often. I also, of course, enjoyed watching the rugby matches on a Saturday afternoon once we’d finished netball matches!

Who was your favourite teacher and why?
In addition to music A level, I also took Geography and History (I had swapped to History after only surviving a week of Economics!) Naturally I enjoyed the music lessons but I enjoyed all the subjects and had great teaches for all of them. My housemistress was Mrs Wilmott who was always patient, positive and caring as well as being interested in how everyone was doing.

What was the best piece of advice you were given whilst at Brighton?
To make the most of every opportunity and follow my dreams… it’s made for an exciting and full life so far and I’m staying true to myself!

What advice you give to your 18 year old self?
To make the most of every opportunity and, go for things, follow your heart and passion. Life is short and it’s amazing when at Brighton you have so many options of activities to do whilst there but also it’s sets you up for having a bright outlook on life, and that anything could be possible and yet you have strong roots of friendships made during you years there. Take risks sometimes, and make a rough 5 year and 10 year plan… even though things invariably change, but be ready to accept what life throws at you and have a positive outlook!

Is there a book, song or film that changed your life?
Probably for me, it’s music which has had the most impact. Flautist James Galway was an inspiration for me starting the flute in the first place with his amazing pure sound, playing something so simple as “Annie’s Song” and even only recently I was watching a masterclass he was giving at one of the London conservatoires. One film which I saw over and over was “Amadeus”, on the story of Mozart’s life. A great film with some of the most adorable music which he has written, including the “Partita for 13 Winds”. Another piece of music which I was mesmerised by includes Gounod’s Petite Symphonie which I have performed many times and is still as enchanting!