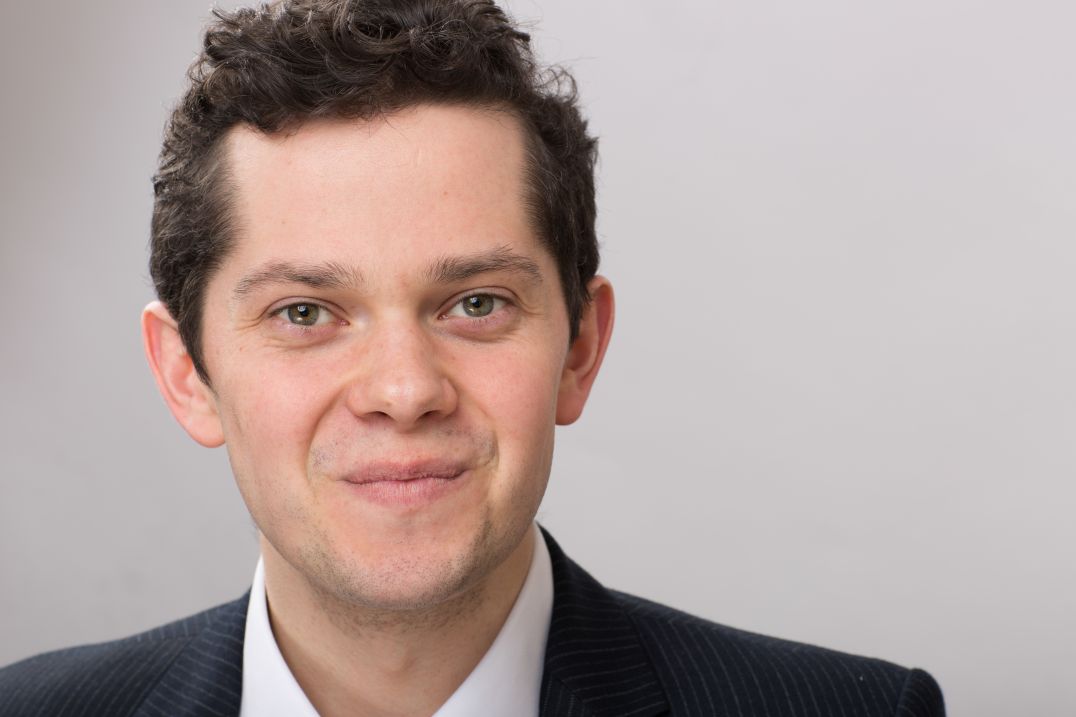 Named one of London's most influential People in 208 in the category Performance: classical music, tenor James Way was the winner of 2nd prize in the 62nd Kathleen Ferrier Awards at Wigmore Hall. He was awarded the 2016 Simon Sandbach Award from Garsington Opera, the 'most promising singer' award at the Dean and Chadlington Singing Competition, and holds an Indepdent Opera Fellowship.

When you were at Brighton College, what did you want to be when you ‘grew-up’?
I started Brighton College in year 7 at the prep school, at that time there was no doubt in my mind that I was going to be a doctor. I was cajoled by the wonderful Miss Percy into ‘senior singers’, the musical (Oliver!) and then accidentally found myself singing a boy’s role for Glyndebourne Festival Opera in their 2005 production of The Magic Flute. By the time I joined the senior school I had decided that I wanted to be an opera singer.

What do you do now, and what does your job involve?
I guess I’m an ‘Opera Singer’ though the term is a narrow one for the variety of the job. At the moment sing a lot of concert repertoire, standing on the stage with the orchestra and no sets or costumes. I sing a quite a variety of music, anything from Bach to Stravinsky and a few things written last week. I travel a lot for my job, last year I was found myself in Mexico, but most of my work happens in Europe (at the time of writing..!).

What are the most rewarding and challenging parts of your job?
The project based nature of the job means that at times you can find yourself on the road for a long time, it can be easy to get dispirited after numerous early starts and long travel days with a concert at the end, it often can feel like a bit of a tightrope act. In England especially it feels like the arts have to fight for their place in society, despite the huge importance many people place in them and the extraordinary effect it can have on peoples lives. That said, it’s hugely rewarding when things come together and you realise the positive impact music can have.

What are you most proud of so far?
I don’t know how about proud, but I was gobsmacked when I was awarded 2nd prize in the Kathleen Ferrier Awards. It is a competition I remember discovering many years ago, I looked at the list of singers who had previously been awarded prizes in it and thought to myself ‘that’s a list I want to be a part of’.

What is your fondest memory of school?
I’m sure I had some fantastic learning experiences, but I look back with great fondness on the time spent sitting on the benches in the quad and generally larking around in what was probably a ‘study period’

Who was your favourite teacher and why?
I was a latecomer to A-Level history, I joined half way through the term having not done it at GCSE, but I immediately loved the lessons. Mr Withers was a fantastic teacher who had a real passion for the subject and encouraged lively debates and opinions from everyone. Undoubtedly Sandy Chenery played a huge part my development through constant and unwavering encouragement of my singing and musical pursuits too.

What was the best piece of advice you were given whilst at Brighton?
I’m fairly sure Simon Smith influenced the way I pronounce the word “Scone” for the rest of my life.

What advice would you give to your 18 year old self?
Be patient, stay in your own lane and don’t get distracted by what those around you are doing. There are many different paths to reach what you want to do.

Is there a book, song or film that changed your life?
There’s a recording of Corelli Concerti Grossi by Jordi Savall & Le Concert Spirituel (see video below) which undoubtedly changed how I thought about music. It has an energy like nothing else I had to listened to at the time.