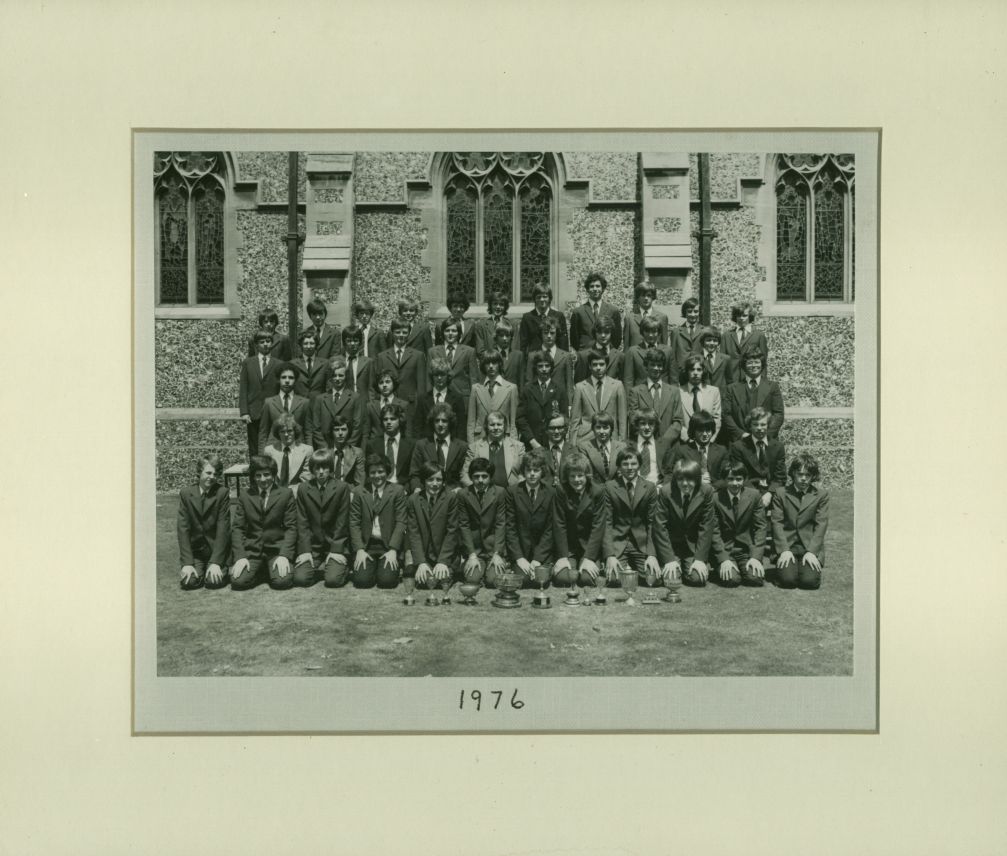 Francis Walker, who has died after some months of ill health, was a member of the English Department at the College for nearly 6 years in the 70s before taking up an appointment at Ampleforth College in 1979.

He was a very effective and rigorous teacher at both O and A level, ensuring that his pupils mastered textual detail, and insisting on care and precision in their own work. His classes could indeed often be performances: he threw himself into dramatic readings with a voice to rival that of Stentor; and on the stage itself he directed a memorable Lower School production of Julius Caesar in 1978.

Out of class, he lived the life of the school to the full, as a loyal House Tutor in Aldrich under Christopher Alderson and then Philip Robinson, a dedicated Master-in-charge of Fencing,  and Head of the Naval Section in the CCF, where his own first-hand experience of the Navy was of great benefit.

Above all, Francis was a memorable Common Room figure, whom his former pupils will recall with affection and admiration, not least because of his command of an extraordinarily wide general knowledge: whilst at Kent University he appeared on University Challenge, and later on he survived 2 rounds of Magnus Magnusson’s Mastermind. He wore this celebrity lightly. The College meant a great deal to him; he and Angela continued to be frequent attenders at events long after they had made their home elsewhere, first in Malton and latterly in Stafford. He was a proud parent, and possibly an even prouder grandparent! We offer Angela, Elizabeth and Peter our sympathy.