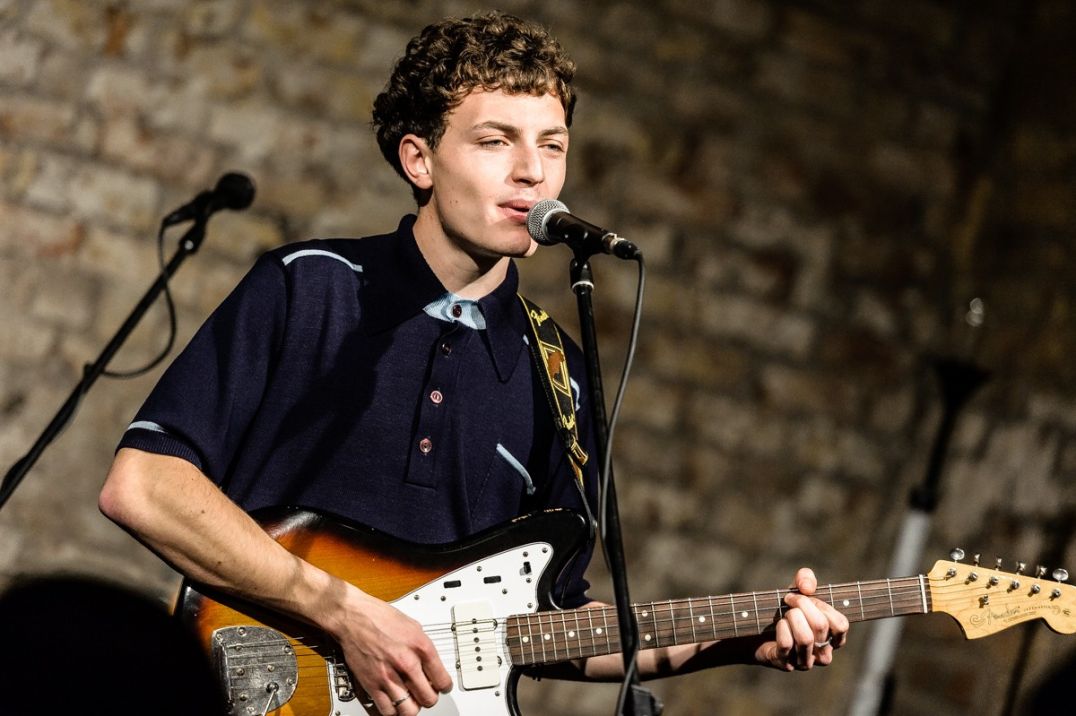 Our OB this month is Max Pope (Le. 2008 – 2011). Max is a singer-songwriter and guitarist and spreads his time between South London and Brighton. He describes his music as ‘indie-soul’. Max tells us about the challenges of being a young musician and his initial dreams of becoming a puppy.

When you were at Brighton College, what did you want to be when you ‘grew-up’?
For as long as I can remember, I’ve always wanted to be a musician. I think when I was really small I wanted to be a puppy. Unfortunately, that idea was short-lived.

What are you now you’ve grown up?
My name is Max Pope and I’m a singer/songwriter and performer. I’m also a pretty good gardener.

What is your best memory of school?
Being part of the choir with Mr Chenery. We performed at some pretty amazing places - including St John’s Smith Square near London’s St Pauls Cathedral, and St George’s Chapel in Windsor Castle.

What was the best piece of advice you were given?
To always believe in my ambitions. Being around so many high achieving kids at Brighton College taught me that.

What does your job involve?
As an artist, largely my job is to be industriously creative, to write songs, record arrangements and create music videos. This involves plenty of practise on my instrument each day, along with a large amount of organisation and multitasking. I can be collaborating with producers and other songwriters, whilst travelling up and down the country to play shows. I’ve just returned from a month-long trip to LA where I was writing with other musicians for my next EP release. As an independent artist, I create my own opportunities which involves negotiating with record labels and booking agents etc. It requires a large degree of business know-how.

What are the most challenging parts of your job?
There is a huge degree of self-promotion required, which doesn’t come naturally to me. Having a presence on social media is essential, which takes a lot of work. To build a ‘fanbase’ you must communicate your identity across clearly, which takes a lot of self-analysis. It can get emotional!

Also on the business side - negotiating royalty splits and management contracts. There is a massive amount of legal work that comes into having a music career, which as a creative person I sometimes find challenging.

What have you done that you are most proud of?
Playing at British Summertime Festival as one of the support acts for Stevie Wonder. That was a special moment.

What is the single thing that would most improve the quality of your life?
It would massively benefit my work if I had free access to a music studio with an engineer at all times. I’m not a very technical person but I have constant musical ideas in my head and so it would help to have someone around to record them.

What are the three objects you would take with you to a desert island?
My guitar, a radio and a premium bottle of whisky.

How would you like to be remembered?
For my catalogue of work. Also for my hair.