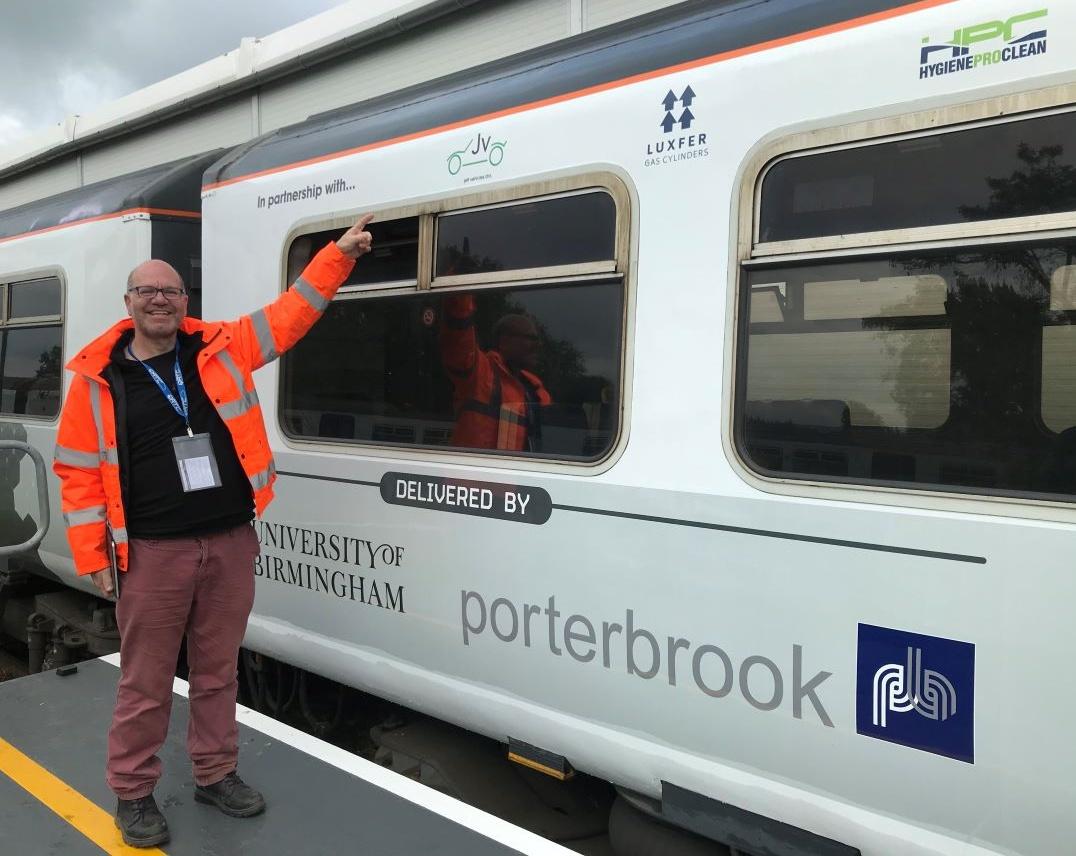 Dr Jeff Allan (Ha. 1968-73) has been busy lately as part of the team producing the first hydrogen train in the UK. Hydrogen trains are intended to gradually replace diesel trains as an emission-free alternative, through hydrogen fuel cells which convert hydrogen and air into electricity and water.

After his time at Brighton College, Jeff went on to study Electronic and Electrical Engineering at the University of Birmingham. He is now retired but runs his own company, Jeff Vehicles Ltd, alongside working on projects such as the “Hydroflex” train. He says he has been “heavily involved in designing, building, testing and approval stages of development of the train”, which will reduce the carbon footprint of train travel, alongside battery and electric trains.

Jeff’s work in the decarbonisation of train travel goes hand-in-hand with his interest in electric cars, which he has written about in an e-book illustrated by his daughter, Maddie.

Read more about Jeff’s latest projects, including his free e-book “Driving an Electric Car in Britain and Beyond”, at jeffvehicles.com.