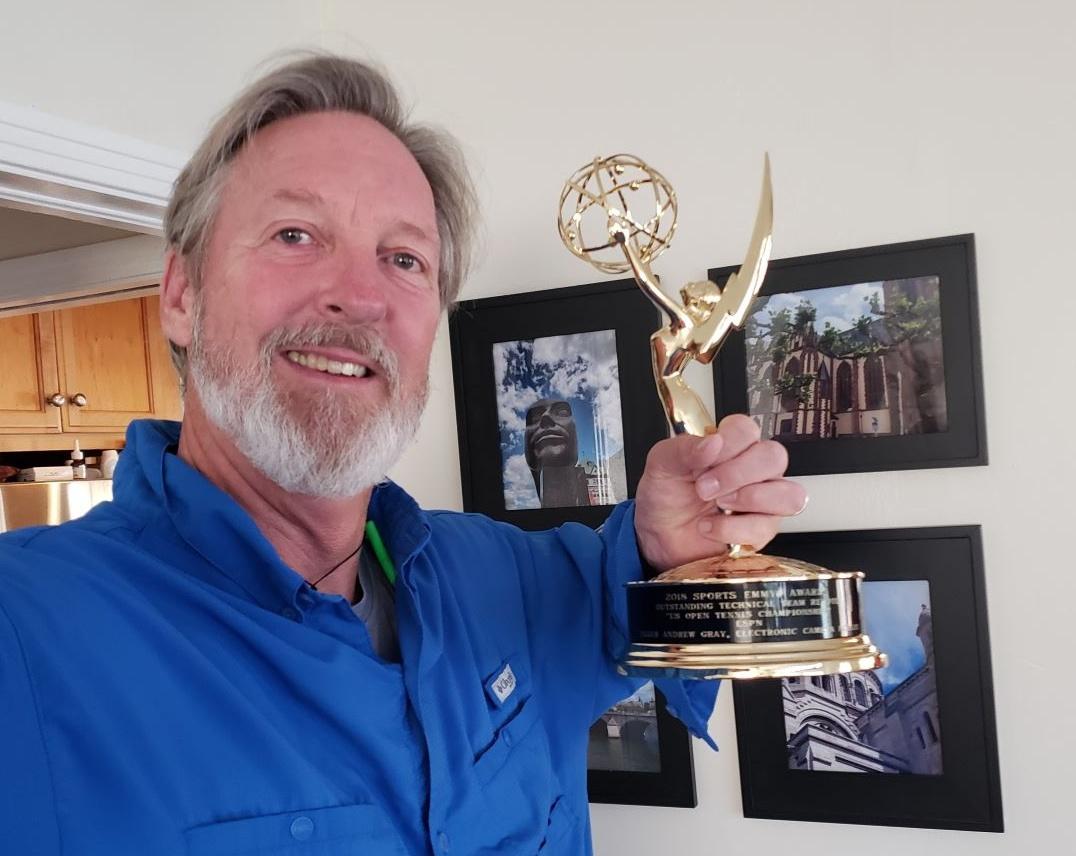 We are delighted to announce that OB Tigger Gray (Br. 1972-75) has won a Sports Emmy Award in recognition of his talents as cameraman, as part of the RF (Radio Frequency) Hand-Held Camera Team for ESPN in the USA.

Tigger joined the crew in 2013 and each year he and his colleagues have filmed the US Open Tennis Tournament. After several years of nominations for the prestigious Sports Emmy, the team’s efforts were finally rewarded in the 2018 awards, when they won in the category of “Outstanding Technical Team Remote”.

“Our team of six RF handheld cameramen worked split crews for 19 straight days, averaging ten to 16 hours per day,” says Tigger of his work. “We would wander throughout the USTA Billie Jean King National Tennis Center in New York City, providing beautiful shots of the grounds and fans, adding to the ambiance and atmosphere for viewers at home.”

However, it wasn’t until this summer that Tigger received his trophy. He is pictured below with the award (top) and with his crewmates (below). Our congratulations go to Tigger and his colleagues for receiving this acknowledgement of their hard work and enthusiasm! 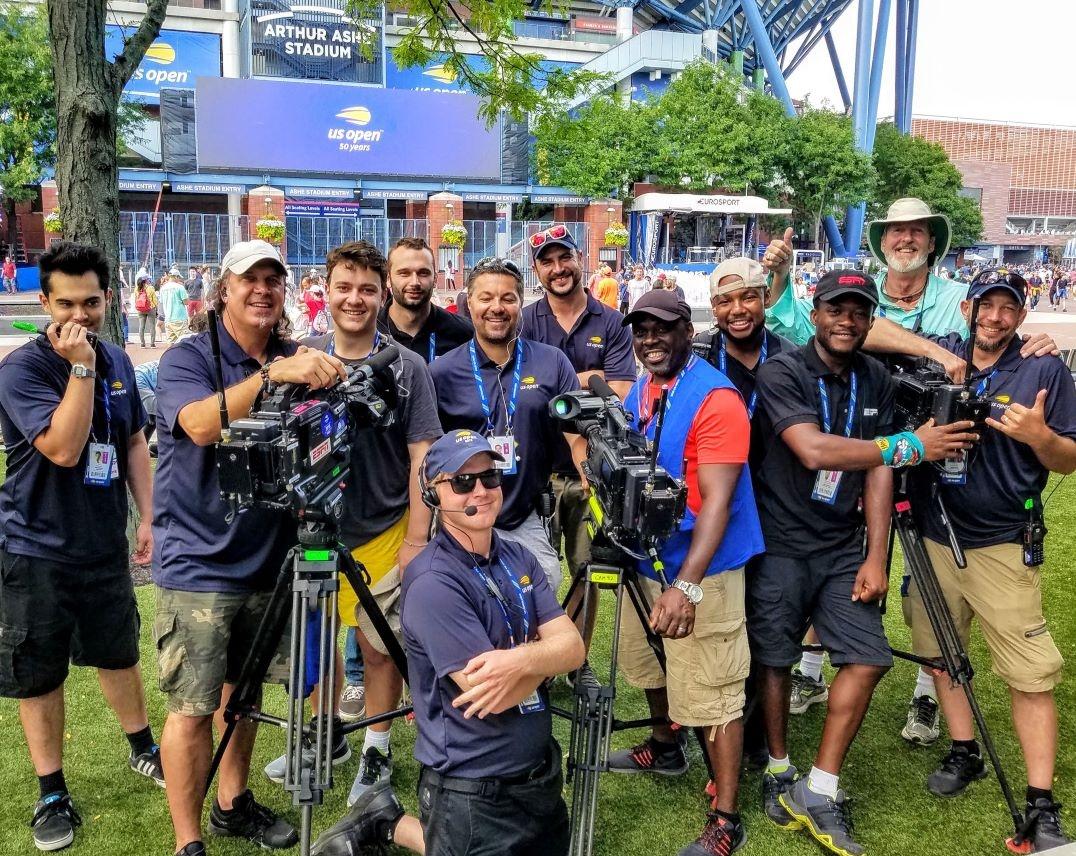