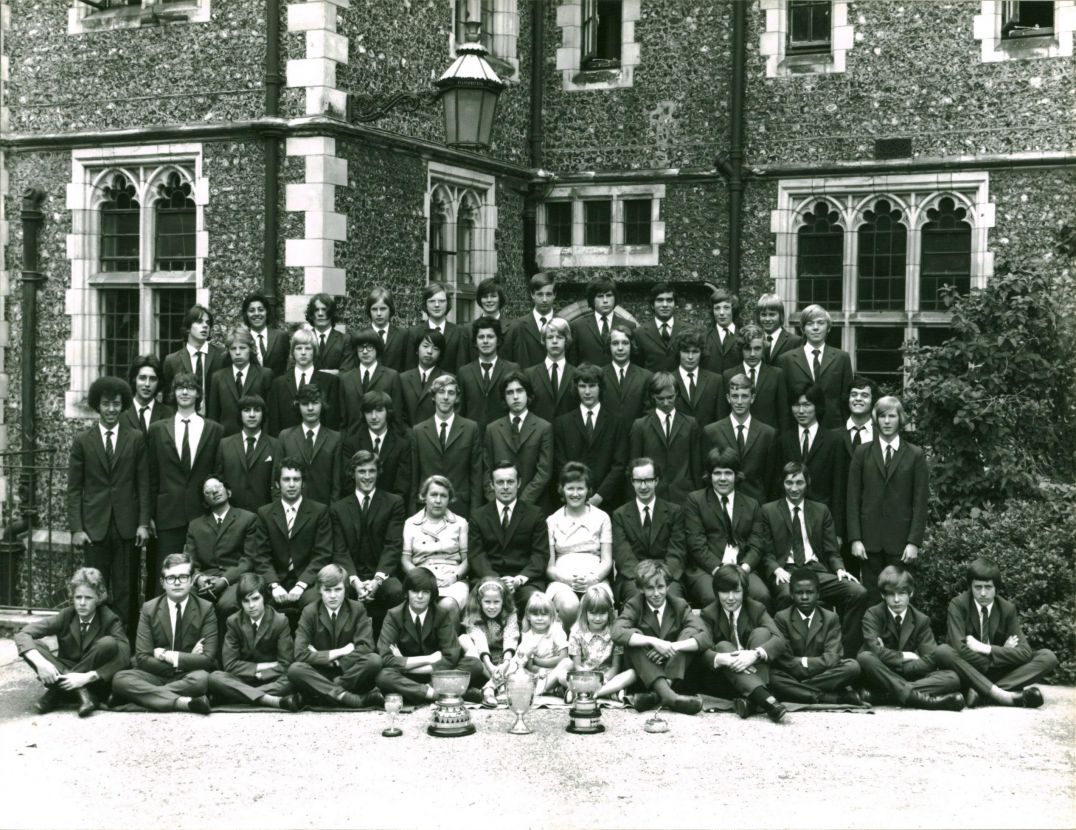 "Mahmood was blessed with a strong sense of fun and "mischief".  I recount that he unfailingly, in the best harmless sense, made fun of me, as I had an excessively over-decorated study in the front basement area of Chichester House, to where he and Adam Pride (Ch.1968-73) and Jonathan Randall (Ch. 1968-73) would drop unmentionable "things" into the basement area from the top floors of the house.

I remember him to have a full head of curly hair, combined with round-framed glasses, and an impish grin and a constant laugh. He was loads of fun and very well-liked and was indisputable "The King of Pranks".

Although the object of his mockery and practical jokes, I was always very fond of him and some years after having left the College I caught up with him in- perhaps - 1990 when he was working (or perhaps running!), the now non-existent Hotel Alexandra at Brunswick Terrace on Hove seafront.

On meeting Mahmood he proudly gave me a Tupperware container of tea from his family's Tanzanian estates, which I enjoyed, and I was greatly touched by such a gesture. Mahmood's family business was legendary in Tanzania - ranging from general trading, sisal growing, tea plantations and eventually extensive motor dealerships for many famous makes including Toyota - theirs was the largest Toyota dealership in East Africa.

Mahmood had two other very good friends, Jonathan Randall and Adam Pride, also in Chichester House and he was never far from their "orbits". Our school days were happy times, and I will always look back on them with fondness and pleasure. I had had the honour of being the oldest boy in the school - just turning 20 on leaving the College.

Thank you Mahmood for making our lives a little brighter with your sense of humour and fun. It was a great pleasure to have known you!"