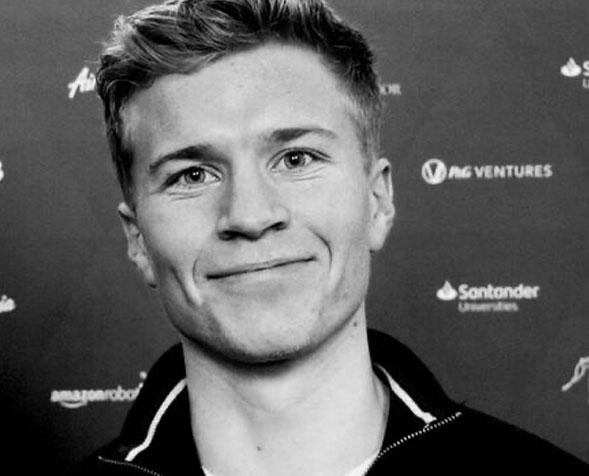 Harry Grocott (Le. 1997-2012) launched Treeconomy after a successful career in Wealth Management allowed him to combine his knowledge of the financial world with his passion for the planet.

He tells us about how it all started, and where it will go.

We’re a climate change impact business and we’re designing ourselves to support the transition businesses need to make as we move from a carbon-intensive, to a net-zero carbon economy.

If we are to move away from this cycle, we need to reduce emissions, but we also need to capture CO2 and take it out of the atmosphere. We’ve designed the business to be that vector for change and to be the specialist in that CO2 removal. For us, that means tree planting in the near term and we are working with landowners to do the planting of new woodlands: we are viewing these as assets - a green, clean way of sucking C02 out of the atmosphere

We are looking at monetising the CO2 removal in the short term through carbon off-setting, which has a bit of a bad reputation. We are very honest about this reputational issue and are taking a practical approach to improve this by building out a technology service over the top of our project development work to monitor sites using remote sensing techniques: we are removing an invisible gas, in a forest, you can’t see – we are working on a method of building trust in what we are doing.

What inspired you to start Treeconomy?

The simple answer is boredom at work and frustration that no one else was doing it. I studied Geography at university and then worked in Wealth Management in the City.

Treeconomy came together as I knew there must be a way of using the money that is floating around our global system to work on solving climate change. I had the geography ‘angel’ on one shoulder and finance on the other. It’s a fusion of my two interests and expertise.

How did you make the leap from City to start-up?

The catalyst to making the leap came from finding a master’s course at Imperial College: Climate Change Management and Finance – which was all the ideas I was interested in rolled into one. I knew Imperial and the course had some good support for start-ups too, which really appealed to me. In addition, having qualified as a Financial Advisor, the step-up was to go from an employed role to a self-employed role and if you’re doing that, it’ll take a long time to build up a successful career. So, I decided to do the course and launch Treeconomy at the same time.

How did you meet your business partner?

It’s advised that you always go into partnership with someone else if you’re starting a business! It’s hard work, for a start, and great to have someone else’s skillset alongside your own.

I met Rob, who’s Canadian, at a Climate-KIC event at university. He is a big sustainability ‘geek’ – which is perfect for Treeconomy - and has worked at the Canadian Forestry Institute and has a master’s in environmental technology from Imperial. We got talking and I asked him if he wanted to come on board.

What’s the biggest lesson you’ve learned so far in business?

Probably resilience! We have won some great grants from the UK Government & from other sources, but we have often been turned down when we had spent a long time working on projects that end up going nowhere. It can be hard but I know it will be worth keeping ongoing.

What’s been your biggest success?

We won a grant from the government in November, worth £108,000, that we had to spend in a three-month period – and we spent all the money! But that grant gave us the leverage to demonstrate some good backing and to develop the technology service and was a fantastic steppingstone overall.

Do you think there is more opportunity to pursue a career in the environmental space now?

The assumption was, studying geography at university, I would become a geography teacher – that I would be Mr. Grocott 2.0! I actually spent a year teaching in Abu Dhabi and loved it, but I wanted to work in the private sector and there was pretty much nothing around that I could work in.

Of course, it is not as established as financial services or investment banking, for instance, but I think there are more options out there for school leavers now. It’s no coincidence that a lot of friends and I ended up working in financial services – but there are more options in the City for working in the environmental space. We’re seeing a lot more ‘investment in nature’ now – we are working with a company called Pollination who have announced a $2 billion fund in investment in nature, for example.

What advice would you give to new geography graduates?

Firstly, avoid the noise! At university careers events you will see all the big companies, but you don’t have to apply to them.

Try and find things that are niche and relevant to you: there is a lot of value in getting good at what you are passionate about: very few people have that in their career.

What about if someone is about to embark on a gap year – any advice for things they could do to help them get into working in the environmental space?

I think there is a lot of value to taking a gap year. They are great for getting out of the “bubble” and being able to self-reflect or just try something new.

If you do have the opportunity to do some proper conservation work during a gap year, that’s going to be of huge value. That said, getting out of your comfort zone is the most important thing.

How did your time at Brighton influence your choices?

I would say that Brighton has a performance culture: it taught me to work harder and work smarter! It gave me the motivation to go out and do something. I don’t want to spend my life doing ‘normal’ things - I want to do something impactful and I think that comes from being at Brighton.

What is the main goal for Treeconomy?

We want to be a large carbon removal business: a household name! As an economy, we emit fifty billion tonnes of CO2e per year, and we need to reach net-zero by 2050 – if not before. That’s a lot of CO2. We need to scale our business to take this on and we want to support an economy that rewards carbon removal – a system that pays for CO2 removal is a billion-pound opportunity and an enormous public good. That’s our objective.