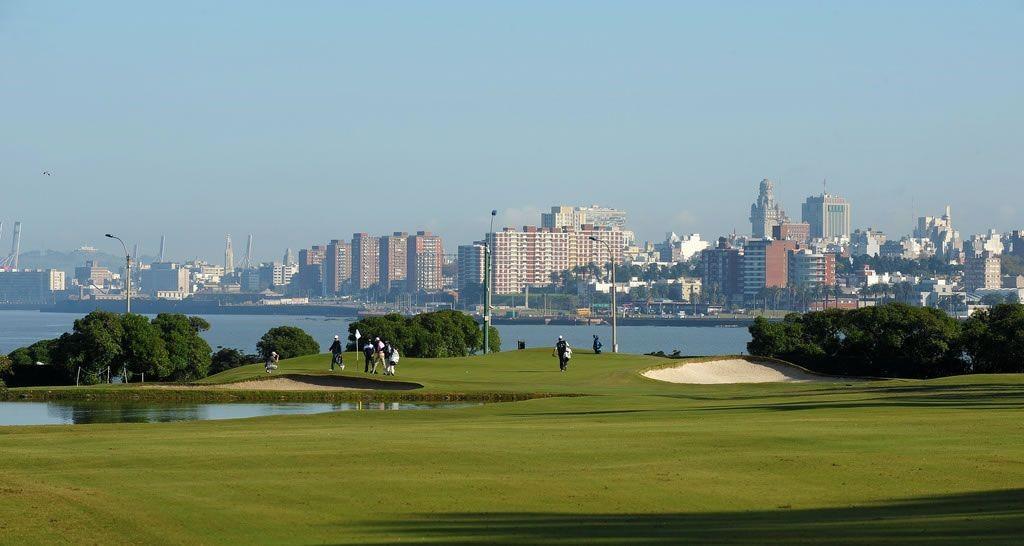 Winston Willans MBE (Ch. 1954-59) is a British Argentinian and came to Brighton from Uruguay in 1954. He worked for the Wellcome Foundation for 20 years all over South America and is now retired, back in Uruguay with his family.

Let’s start at the beginning…

I went to Brighton in 1954 for a crazy reason really. My father was at St. Paul’s in London and went to Argentina in 1936, where he met my mother, who is Argentinian-born, but of Scottish descent – she’s a Bruce, one of the famous Bruces who immigrated to Argentina in the 1850s.

I too was born in Argentina but my family sent me to school in England whilst we were living in Uruguay. The reason they chose Brighton was that I had an uncle who’d been to the College and because my parents thought that being on the South Coast would be the warmest place, coming from South America! Maybe this was true, but it was still a shock, especially as when I got to the school, the housemaster had ripped out all the central heating!

I arrived at 14, just in time to do my O-Levels and my A-Levels, and I had a great time: I think it was a very important time in my life. There were of course some hard times – when I first arrived it was pretty hard going, especially being so young and so far from home. However, there were two or three others from ‘foreign lands’ – I remember a couple of boys from Chile and Barbados.

Whilst I wasn’t a great cricketer, but I loved rugby and swimming and started the golf society with a housemate of mine. We also played 5-aside football too against local boys in Kemp Town. We didn’t get out of school much, but I had family in London so I would go and see them on occasions.

We had some notable visitors too, including the Queen and Sir Vivian Fuchs (Br. 1922-26), an adventurer who completed the first overland crossing of Antarctica in 1958.

I remember we used to have to go and collect the food from the College kitchens as each house had its own dining room. We would make our own food in our studies to supplement the school food… we’d cook beans and eggs on gas burners!

We used to have to wear boaters, and it’s good to hear they are back. We had to wear them every time we left school though! They were useful as they were hard as a rock and a good way to look after yourself. We lived in the age of the ‘teddy boys’ so we had to know how to look after ourselves in The Lanes – and the boaters came in useful…. Don’t tell anyone, but I had a Vespa motorcycle that I hid in the railway sheds! It meant me and my friends could escape at the weekend – the school had no idea!

We didn’t go on many outings in those days, although I was part of the Natural History Society and we used to go on outings to look for strange plants and animals and things which was good fun. Being a part of golf society meant we used to go and play golf all over the place, which was an excuse to get out and around the area!

Another ‘outing’ was the punishment of being sent off on runs around the Downs – a 5 mile run up and down the Downs: it was really, truly horrible!

What did you do once you’d left school?

Once I’d done my A-Levels, Roger Mason (Ch. 1956-59) and I embarked on a continental tour, with a couple of friends, and I was supposed to go back to London to get another A-Level. But halfway through our adventure, I had to return to Argentina to do my national service – which I did between ages 19 – 20. It was a bit of a waste of time, as you can imagine…

After completing National Service in Argentina, I went back to London and joined the Wellcome Foundation, and working for them was sent by contract to South American again – Peru first, where I was for four years and where my daughter, Nadine was born, then to Central America: Costa Rica and Guatemala (where Derek, my son was born) and finally to Paraguay and then back to Uruguay.

I had studied chemistry, botany, and zoology at A-Level, and I wanted to read biochemistry or biology at university (which never happened, due to having to do National Service) but working for the Wellcome Foundation for 20 years was great. It was rewarding to know that all our profits went back into the Foundation to further medical research all over the world before it all changed after it was merged and sold off to various conglomerates. It became very different after it was bought up by American companies.

At 50, I took early retirement from Wellcome, which had then become a PLC and merged with all sorts of other companies – it was hard to keep up by the end! – and we decided to stay in Uruguay. My parents actually retired back to England, to Cheshire and my son went to Cheltenham College and my daughter went to finishing school in London. After I retired, I went to work for Shell as a consultant in their forestry section and was involved in buying land for forestry for them in Uruguay. I fully retired 10 years later.

I have done a lot for the community here and am on the board of the British Hospital which is very rewarding. I also worked for the Uruguayan British Chamber of Commerce and with the British Council. We also started a bi-lingual school called the Anglo-School, and in 1996 I was awarded an MBE for services to the British Community in Uruguay. I received my MBE and the British Embassy in Uruguay with family and friends around me.

I lost my wife about 5 years ago but am very fortunate that my children live nearby. They both did some traveling too but have since settled in little Uruguay. It is a lovely place to live: good government, good weather! It is wonderful having my family nearby as I have 6 grandchildren – 3 big ones and 3 small ones. I look after the small ones and the big ones look after me!

It has been wonderful talking to you, Winston – I hope you’re able to visit Brighton again one day!

I hope to get back to the UK once we can travel again, as I’ve not been back to England much since I left and would love to see the school. I don’t have many contacts as we moved so much, but I do have lots of happy memories. I’ve been in touch with Roger Mason – he was one of my closest friends at the school, we did similar classes and we even shared a study. I was also friends with Robert Graff (Ch. 1955-58) – he used to bring us goodies after his weekends away in London!

I love how all the Old Brightonian magazines have been published – it’s wonderful to read through the issues and see all the old names that come up that bring back so many memories of school as I read them.