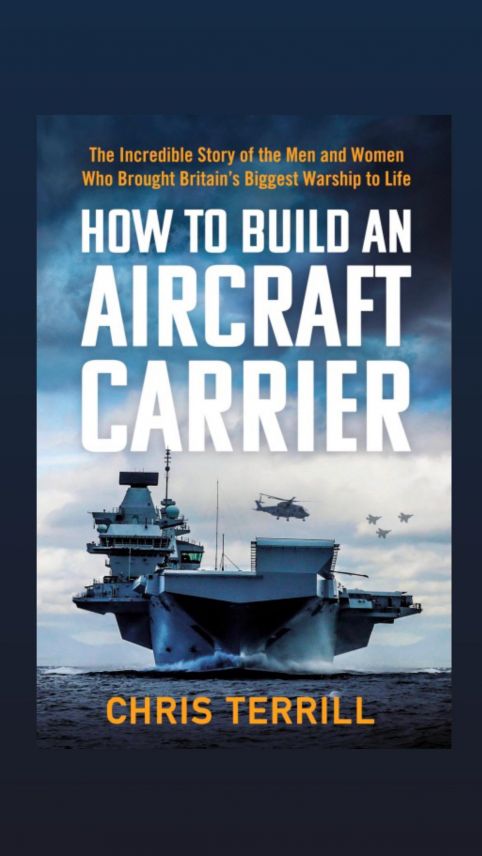 Film-maker, author and anthropologist, Chris Terrill (Al. 1960-75) tells the enthralling story of the HMS Queen Elizabeth, the Royal Navy's largest ever warship, in his new book, which is released 20th January 2022.

From before the first steel of her hull was cut, Chris Terrill has enjoyed unprecedented access to the Queen Elizabeth and the men and women who have brought her to life. From Jerry Kyd, the ship's inspirational captain, to Cdr Nathan Gray, the first pilot to land Britain's new stealth jet fighter on her deck, Chris has won the trust and confidence of the ship's people, and How to Build an Aircraft Carrier tells their story.

65,000 tons. 280 metres long. A flight deck the size of sixty tennis courts. A giant piece of Sovereign British territory that's home to up to fifty Aircraft. HMS Queen Elizabeth is the biggest ship in the Royal Navy's history and one of the most ambitious and exacting engineering projects ever undertaken in the UK.

The book tells the story of Britain at its best: innovative, confident, outward-looking and world-beating.

"Terrill takes us deep into the bowels of Britain's biggest warship . . . Exhilarating" The Times

How to Build an Aircraft Carrier is available at bookshops online and across the UK (from 20th January 2022).