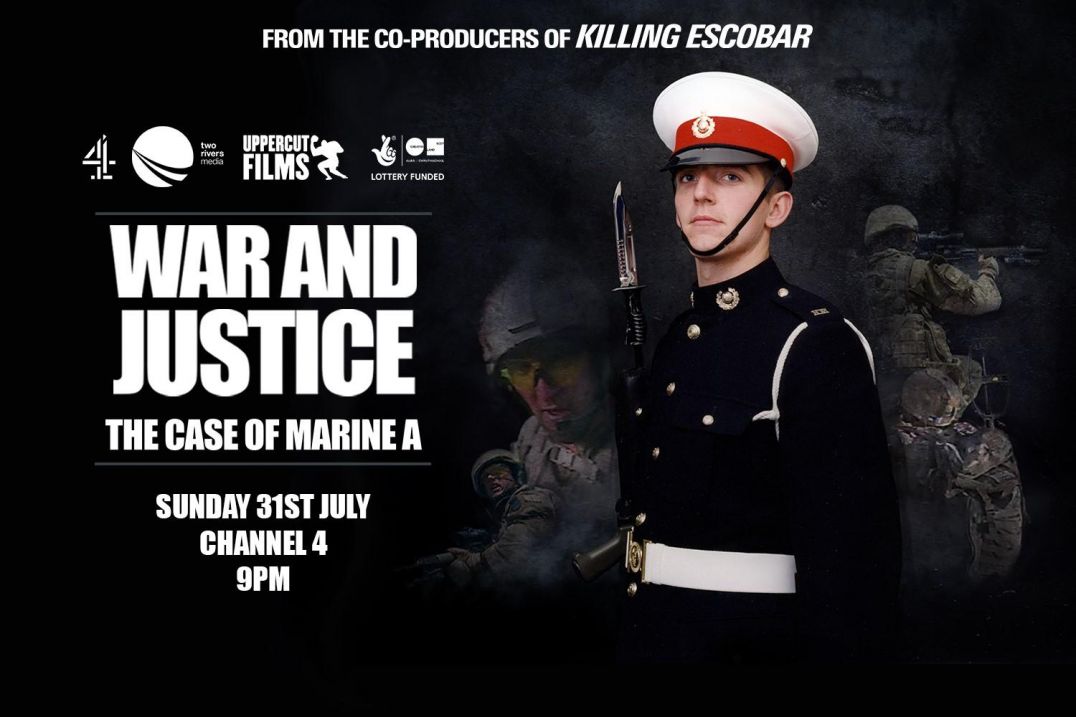 Chris Terrill (Al. 1965-70) has been executive producer on a new Channel 4 film: War and Justice: The Case of Marine A.

The film features an exclusive interview with Alexander Blackman, known to most as Marine A, and it reveals the story of 15th September 2011, when an unarmed and wounded Taliban insurgent was shot in the chest by a British Royal Marine, who went on to tell his men that he “just broke the Geneva Convention”. The feature documentary includes never seen before, recently recovered, combat footage.

Marine A takes audiences into the dark heart of those minutes in battle and his wife's four-year legal campaign to set him free. The film is a Two Rivers Media and Chris' Uppercut Films co-production.

War and Justice: The Case of Marine A is on Channel 4 on Sunday 31st July at 9 pm.