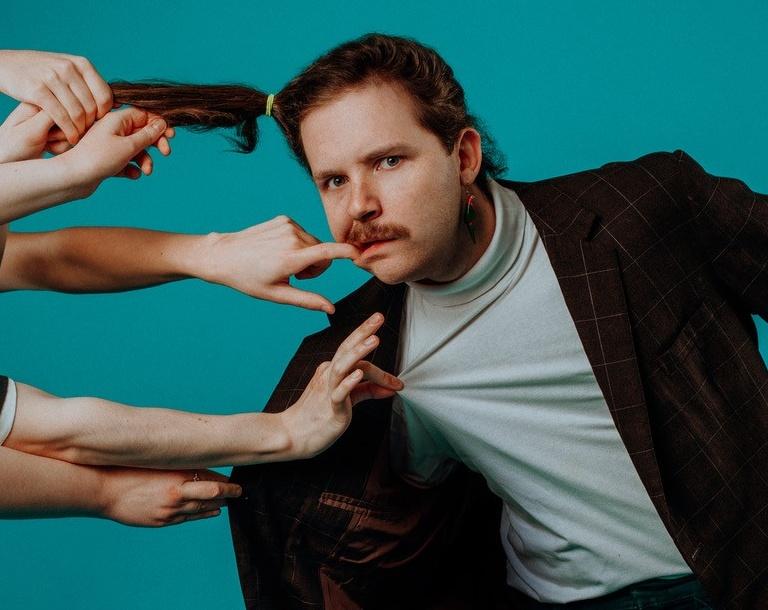 Will Bicknell-Found (Ha. 2010-15) is a comedy actor, as well as a private tutor and luxury goods marketeer.

"Pool Noodles", Will's show at the Edinburgh Fringe Festival this year proved a huge hit, selling out and getting some great reviews. He remembers back to his time in Hampden House and tells us how he got into comedy in the first place (he used his free periods in the Sixth Form wisely).

At school I told myself I wanted to be a Barrister, though I don’t think I was ever sure why… Perhaps purely because it sounded like a good answer to the question.

Tell us about yourself now you've grown up.

I’m living and working in London - more to follow on what I’m doing down below in the jobs questions, but after Brighton College I took a gap year. I worked at Sainsbury’s making pizzas to save up money to go on an archaeological dig on Hadrian’s Wall and then go travelling in the Americas, interrailing in North America and volunteering in Peru, before going on to read Classics at Sidney Sussex College Cambridge. Was trapped at home, and then in London by COVID - so I’d potentially push back my fully evolved ‘grown-up’ age by a few years.

What about your life now would most surprise your Brighton College teachers?

Probably my personality: I like to think I’m now quite outgoing and chatty whereas at Brighton I was shy to the point of getting a distinction award in my Spanish A-Level class “for coming out of my shell", if only marginally.

What are your favourite memories of your time at school?

Definitely the memories made with friends - on MAD day hijacking the Coastway Hospital Radio Station (on which some friends and I continued to run a show during 6th form) and at the Hampden House supper, but primarily with my whole year group in Hampden; our ever-shifting common room; setting up, stocking and running the Hampden tuck-shop (badly); and hacking the Hampden computers so that they could play Nintendo 64 & PS2 games (hopefully the statute of limitations is up - feels good to come clean on this one).

What advice would you give to your school age self?

To invest in Bitcoin, to cherish and throw yourself into your friendships, and that Maths A-Level is in fact a subject that can be revised for and not a case of “you either just know it or you don’t”.

What do you do as a career?

I’m currently self-employed as a Freelance Private Tutor, teaching students age 7-70 in person in London and across the world online and as a Luxury Arts Marketing researcher, writer and analyst. My main passion, however, and the most likely reason for me to be doing this interview (unless Brighton College is looking to get into the Luxury Hotels industry - and for all we know, that could be on the cards) is comedy. At university I was part of the Cambridge Footlights, and formed a comedy company/sketch group called Chuck Salmon (chosen for being at once a boring name and an exciting command!). We write and perform comedy shows, the most recent of which was a month-long run at the Edinburgh Fringe Festival this summer (24 performances in a row - I am so so tired).

What does your work involve?

Again: going to skip over the tutoring (which is super rewarding blah blah) and the marketing (which is super interesting yada yada) to the comedy. The show we performed at the Fringe this year was ‘Pool Noodles’ - a sketch comedy show set at Hardware Leisure Centre, biggest leisure centre in Britain if you count the car park, in a world where lifeguards are like rockstars, and rockstars still exist and are as they are normally. It involved a lot of writing, rehearsing, rewriting, rehearsing, performing, and rewriting. It was mentally and physically exhausting, but it was all worthwhile as we got some fantastic reviews and even sold out several times.

When tutoring it's working with parents who mistake wanting the best for their children for wanting the best children. As for the luxury marketing, it's putting myself in the mindset of someone who would ever buy luxury goods. Comedy-wise it’s twofold. Firstly getting people to come and see the show is a real challenge: at the Fringe you physically have to approach a stranger (or a group of them), stop them in the street and persuade them to potentially waste an hour of their life watching your show. We had to go through that process and be successful 100 times a day in order to fill our venue. The second challenging part is converting the jokes and comedy that I find funny into something more generally accessible and appealing to an audience within an overall narrative.

What are you most proud of?

Sorry tutoring and marketing, but it’s got to be the comedy stuff. I’m particularly proud of it because it’s something I got into at school - well I say “got into”, basically I used spend hours watching Mock the Week compilation clips in the Hampden computer room during my free periods! I’m proud of the recent show - mainly just because people enjoyed it. It’s in a really good state right now and will PROBABLY be hitting the Brighton Fringe in 2023.

A mirror - so I can keep up my very handsome appearance, and also because you could probably do some light reflection thing to make fire.

A copy of Homer’s Iliad - I have very quickly realised that this isn’t so much a question of survival items but a list of personally significant items, so I choose Homer’s mighty epic poem to remind me of my time at Brighton and Cambridge (but ALSO because it's very long and I could use its pages to start my campfire!)

Probably a book of cryptic crosswords - I got really into them over lockdown, having been first introduced to them in 4th form by my Hampden House tutor. He would try, so so in vain (which is on us for sure), to teach us the rules every form period.

Probably as I was at school. Though equal parts dorky and shy, I think it makes for a good comparison to how I’ve turned out: cool, confident and very very super eloquent. Jokes aside, I would definitely like to be remembered as my big-dreaming, small-talking school self - I heard he’s gonna be a Barrister when he grows up!