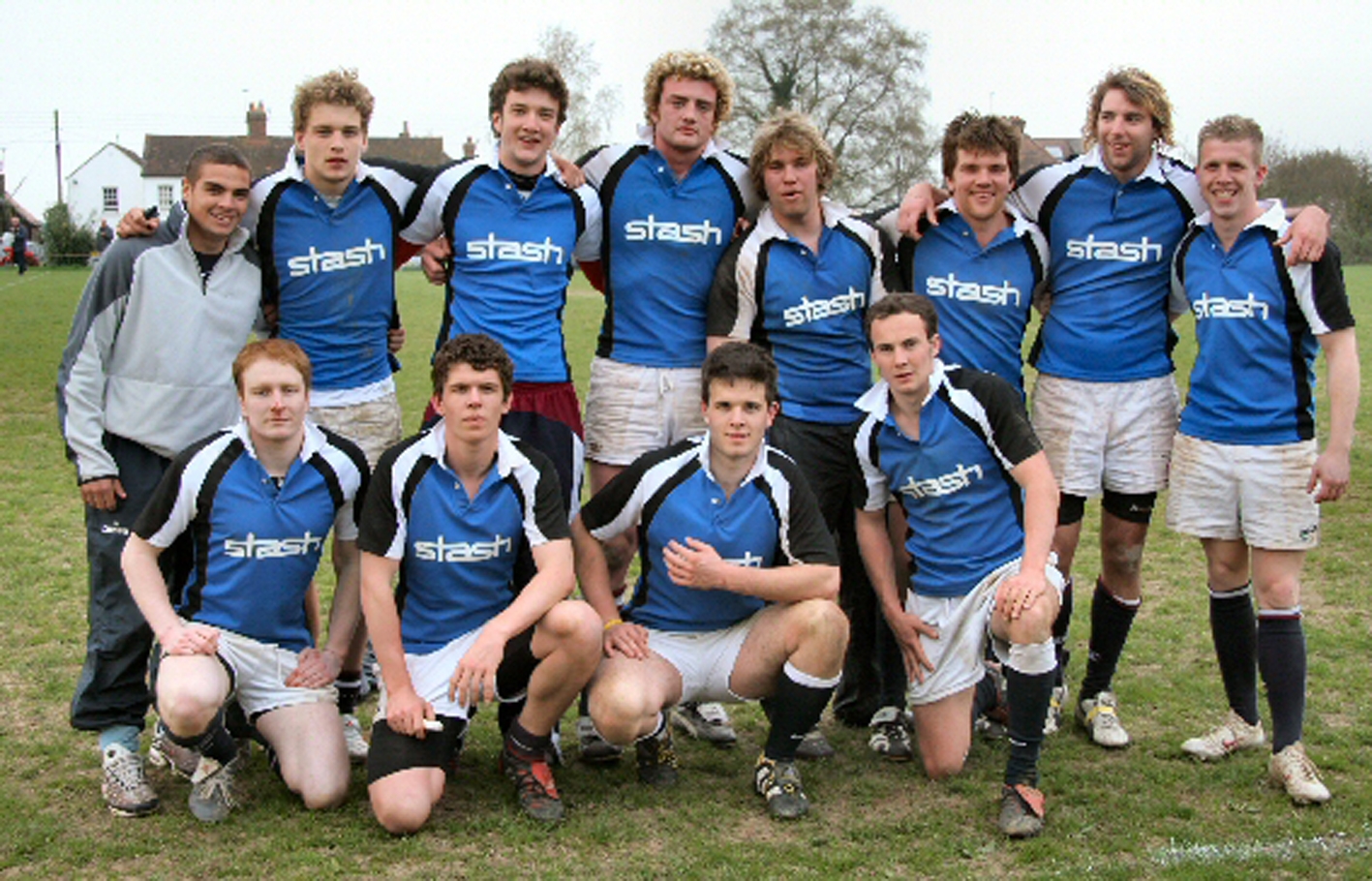 Rugby sevens is a game of tactics, patience, speed, skill and above all flair. Thus being the show off I am I decided the Old Brightonians 1st VII RFC should demonstrate all these admirable virtues and many more besides at the annual East Grinstead Sunshine sevens - Sussex’s premier Sevens tournament.

We arrived at the club at around 11 am with forty minutes to prepare for our first match which was to be against the highly fancied Apache team, a professional touring sevens outfit. I distributed the new tight fit stash to ensure the troops looked especially smart for their adoring fans on this slightly overcast but nevertheless boiling hot day.

Thus with biceps bulging on even pretty boy William Harris Esq. (S. 2000-05) we took to the field and promptly dispatched the Apaches 29-14. Thanks for coming Apache. Not surprisingly a small murmur started to resonate throughout the pitches and club house. Who were these Old Brightonians to show up and dismiss pros with such conviction and ruthlessness despite all being under the age of 23? Why does Peter Rumney always have his hands in his pockets whilst watching rugby? And surely the young Arab and team patron Nabeel Hijris (S. 2001-06) wasn't really paying vast sums of cash to buy the best sevens players there to show up his Russian friend, Roman someone or other located somewhere in Chelsea?

What answers I can give you is that with excellent loose play from forwards Kit Dobner, Ben Harris, Rupert Baldwin (S. 2001-06), Ben Wolf and even on occasion myself, who loves a bit of a maul/ruck we supported our lethal weapons in the form of fly half Adam Phillips (Hampden 98-03), centre and Italian international Tom Howell (A. 2001-03), wing Tom Hird (A. 2001-06) and scrum half William Harris. East Grinstead were annihilated by us 56-0, whilst the next opponents Old Calgonians (a team with four first team Esher players (National Division 2)) were once again blitzed 51 – 0. It seemed no one could stop us as the great blue and maroon machine rolled its way with effortless ease past opposition, displaying cool, cultured and incisive sevens skills that any leading English public school would be happy to be associated with.

Our greatest test of the afternoon was to be against the entire county of Surrey in the form of their U19’s a well muscled and tenacious set of chaps. However, with a woof and a huzzah we launched head long into battle and came out victorious from a match that was voted game of the tournament, Tom Howell’s last minute solo try a fine way to end such an epic semi final.

The final was against the fine pedigree of Rosslyn Park, a club with a long history of premier standard rugby in England, but one we were not afraid of. Unfortunately our motto of train less brag more was starting to catch up with us and we were eventually blown away in the final by Park’s superior fitness levels. Nevertheless we had certainly acquitted ourselves well as an amateur team and as an old boys club and it was testament to the fact that the Old Brightonians are able to field a team of terrific international proportions on a good day.

Well done to Tom Howell for being given player of the tournament and Adam Phillips as the OB’s player of the tournament and many thanks to all the players whom played such a vital part in the club’s statement to the rest of Sussex and Surrey’s rugby community. Also a huge amount of gratitude must be extended to the parents and supporters who turn out again and again and to team physician Tom Samandi for his continued service to such a magnificent club and Nabeel Hijris, team patron, for all his financial support.

The Sunshine Sevens display was a demonstration that the OB’s RFC shall not go quietly into the night, we are jolly well here and bringing plenty of six footers and speed demons your way old and new, so you'd better look out both in sevens and fifteens. Tally Ho!