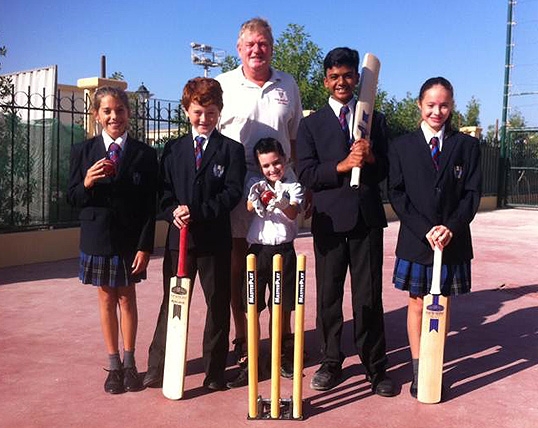 John has been giving sound advice to pupils as well as taking several practical lessons. He said: "learn how to practice properly and put the practice into action." This is John's second trip to Brighton College Abu Dhabi, he added "I have seen lots of talent at the College, especially in the lower years, and with an investment in nets and a cricket pitch I think the College will have a bright future in one of England's greatest sports."

Simon Crane Director of Sport at Brighton College Abu Dhabi said: "John had a profound effect on all our young athletes, making them realise just what could be achieved with hard work, determination and true grit."

Mr Crane added: "There have been many wonderful sporting role models this year, but at Brighton we count John as our own."