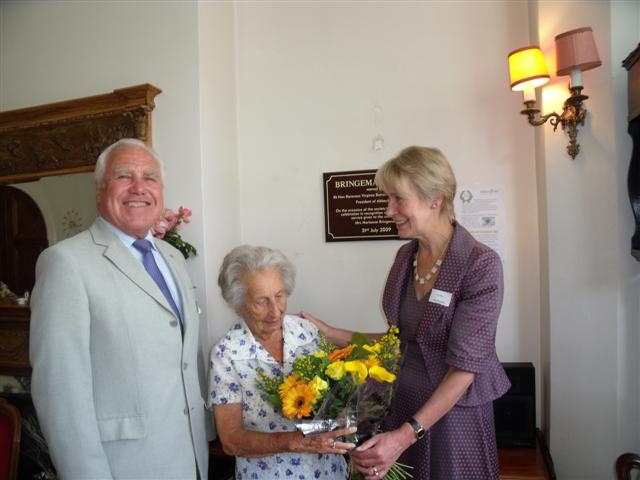 Old Brightonian, Malcolm Paris (A. 1951-8), Chairman of Abbeyfield Brighton and Hove Society has been awarded an MBE for his services to the charity in the Queen’s Birthday Honours List.

CEO of Abbeyfield, a charity providing housing with care to older people, Paul Allen said: "Malcolm has been involved with Abbeyfield for many years, particularly with the Brighton and Hove Society where he has been a huge support to both staff and residents. I am very pleased that he has been awarded this honour, it is well deserved.”

Malcolm was born and bred in the City, and followed his father, H J Paris into the building business. A public spirited man, he became a JP in approximately 1973 though he had to resign 12 years later because of work commitments. He has been involved with Brighton & Hove Abbeyfield Society for over 30 years and has been Chairman since 1987 and he is also a Director of Sussex Weald Abbeyfield Society. He has worked extremely hard on their behalf, including growing dozens of plants from seed for their gardens.

As Chairman of the Brighton & Hove Society, he wished to upgrade the facilities and gardens of the properties then held by the Brighton and Hove Society. With a huge amount of work involved, and over a period of time, he and the Committee sold the properties and purchased the four beautiful houses which each accommodate eight people. Here again, Malcolm grows the plants for the gardens and frequently does the planting of them. In short, Malcolm has worked tirelessly, and without benefit, over the years for the Society to give a few people in the City some very happy years in their old age.