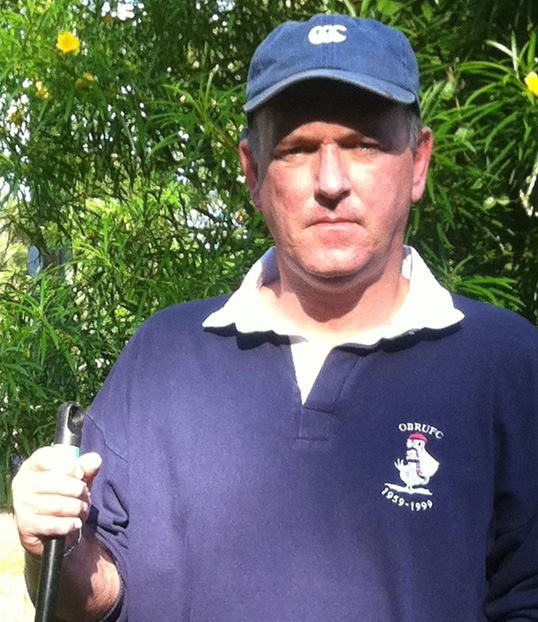 Roger Simons sent in some wonderful photos from Australia in his OB rugby shirt and socks, as he helped with the volunteer effort in Queensland after the recent floods and cyclones, which prompted us to find out more about what he's been up to!

"The impact of the flooding here in Brisbane has been pretty dramatic. Possibly even more amazing has been the volunteer response from Queenslanders to get out and help those in dire need. I like many thousands joined the council led workforce to help with the volunteer effort. I am proud to say that as well as my Old Brightonian rugby socks I was wearing my tour rugby shirt from the OBA tour to St Malo - with happy memories of days spent playing rugby against the French, English and Romanian touring teams. For those who may remember, we got through to the last day of competition, but much to the annoyance of the tournament organizers decided to head back to St Malo for beach rugby and beer."