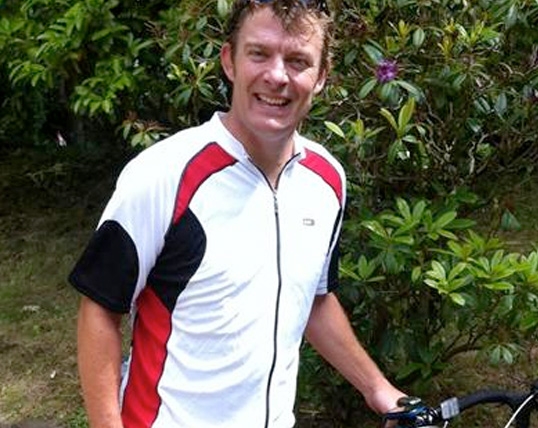 Old Brightonians Guy Bidwell (R. 1987-92) and Josh Brett, (R. 1987-92) will cycle from Brighton to Lands End in memory of their school friend Daniel Braden (R. 1987-92), who was killed in the 2002 terrorist attacks on Bali, Indonesia. Their trip will mark ten years since the bombings, which killed 202 people. Having grown up in Brigton, Bidwell is now a GP at Oak Medical Centre and The Haven and will be joined on the trip by Josh. The pair will be raising money for The Encompass Trust, a charity set up by the Braden family after the death of Daniel. Encompass brings people together from across the world to challenge stereotypes and increase cross-cultural understanding.

Daniel was a pupil at Middle Street Primary School and then Brighton  College before going to Edinburgh University to study Chinese. He  moved to Taiwan in 2002 after being promoted to marketing manager with  the drinks company Diageo. He was visiting Bali on a rugby tour at the time of the tragedy, playing for his team, the Taipei Baboons.

In the wake of the attack, Daniel's family set up Encompass: The Daniel Braden Foundation, which has raised over £1.5m since it was set up in 2003. The charity has had a profound affect on the lives of over a thousand young people and created a network of alumni from the Journey of Understanding programmes, which are run between two and four times a year, with participants from Israel, The Palestinian Territories, UK, US and Indonesia. In addition, the November programme will be the first Journey of Understanding to welcome participants from Pakistan.

Mandy Braden (Daniel's mother); “We set up Encompass soon after Daniel was killed, we just knew some good had to come from such sad times and grief gave us a strange energy that allowed us to take on such a big project. Now as we near the tenth anniversary we are so pleased that it wasn’t just a flash in the pan charity, we have really built it in to something that I really hope will sustain for another ten years. We have directly affected 1200 young people, we now have four permanent staff as well as a strong trustee team. I hope Dan would be proud of what we have achieved.”

Mandy and her family have drawn strength from setting up Encompass: The Daniel Braden Reconciliation Trust which has brought young people together from diverse countries and backgrounds for Journeys of Understanding: programmes which challenge stereotypes and build understanding between those from radically different backgrounds.

Bidwell and Brett will set off on their cycling marathon on the 18th August, travelling a total of about 300 miles in 3 days.

Guy Bidwell: "We are both ex-Brighton college pupils and were in the same year and good friends with Dan. This October will mark 10 years since the Bali bombing. Josh and myself have been talking about doing a bike ride for some time and I think with the date in mind Josh decided to pull his finger out and get it organised this year. There is also a dinner being organised in October to raise money for the same reason."