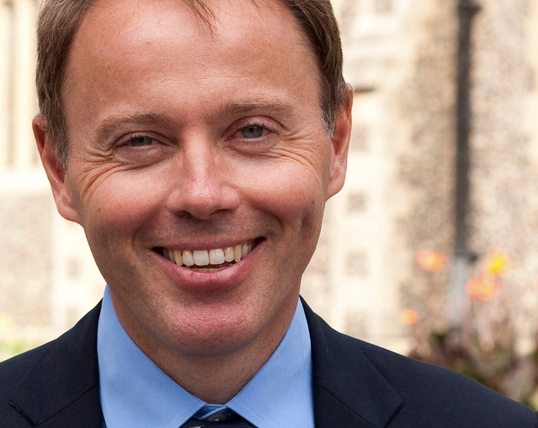 End of Michaelmas term 2015 letter from The Head Master

Two years ago, a boy came to see me in my study to tell me that he had been diagnosed with testicular cancer and was about to embark on a gruelling course of chemotherapy. He was 17 years old at the time. Thankfully, he is now fully recovered.

Almost four years ago, on the first day of term, a 14-year old girl, Naishel, collapsed in the corridor outside Seldon House unable to breathe. She died on her way to hospital. I can still remember ‘phoning her mother to tell her that her daughter was dead. My words were hopelessly inadequate but I still remember every one. Hours later, I gathered Naishel’s year group together in chapel and told them too. I can still picture that moment. A dark, cold, January morning. Children too stunned to speak or even to cry.

Three years earlier, I sat in the same chapel alongside David and Gina Scourfield as a plaque was unveiled to mark the life and death of their son, Joe, a wonderfully warm and courageous young man struck down by cancer at the age of only 15. He would be 25 years old on Christmas Day.

I mention these three pupils not because I wish to dampen Christmas spirits, but because I have been reflecting in recent days on those moments in my ten years here (it will be ten years next week) when I have felt most powerless. And also most acutely conscious of the devastating impact on a family of a child’s sickness or a child’s death.

In Paris last month, 130 men and women died, each someone’s child. And I was struck that dreadful weekend by the reaction of our pupils and staff. All weekend, I received e-mails from them, asking that we observe a minute’s silence, provide a place of reflection, fly the tricolour at half mast, hold a special chapel service and much more. I found their concern and their desire to do something – anything – profoundly moving. I was proud of them.

And yet, as I came into school on Monday morning, I also asked myself why it was that no one had contacted me about the bomb in Baghdad, the killing of 43 people in a market place in Beirut, the murder of 227 holidaymakers on their way home to St Petersburg. Not one e-mail did I receive. No ‘phone call. Nothing.

It seems that not until people like us die, do we really take notice or truly care.

And that, frankly, is shaming.

Even more shameful is what is happening beyond these walls.

Young Muslims in Brighton and elsewhere – including a traumatised young girl in the Third Form – have found fingers pointed at them and abuse hurled at them.

And bystanders are just that. Standing by.

Meanwhile, young Muslims, as appalled by what they see on their television screens as we are, are being made to feel that they are guilty and that their faith, a faith rooted in peace and harmony, is, in fact, a faith of hatred and violence.

Ali ibn Abi Talib, the son-in-law of the Prophet Muhammed said this to his fellow Muslims:

So, as we break up for Christmas, let us do so determined to hold true to the values that I most associate with this school: values of mutual respect, tolerance, understanding and inclusivity. Let us stand up against those who would divide us. Let us have the courage to intervene when we see wrong. And let us never lose sight of the fact that whatever our differences, we are all brothers and sisters, and each of us is someone’s child.

I hope that you all have a very happy Christmas and that 2016 will be a year of which humanity can be a little prouder.