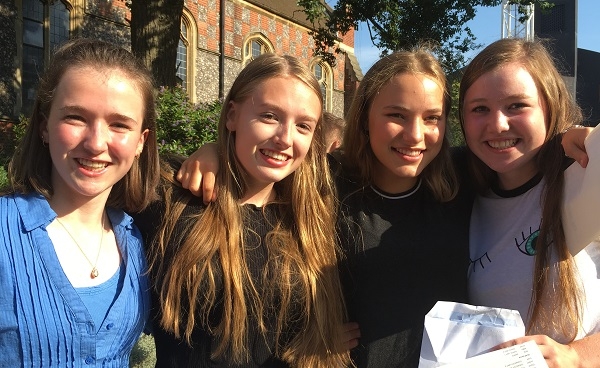 I am writing to report some wonderful GCSE results. Incredibly, out of 2,080 exams sat, every single one was a C or better, with the most common grade being an A*.

In total, grades awarded were as follows:

This is the sixth year in succession that more than 90% of grades have been at A*/A, placing Brighton once again among the highest performing schools in England. But the really important thing about these results is that nearly every boy and girl achieved something special: B predictions became A grades, and A grades became A*s. We are delighted for of all of them. I am also immensely proud of our teachers who again and again went the extra mile in support of the pupils. They too are thrilled.