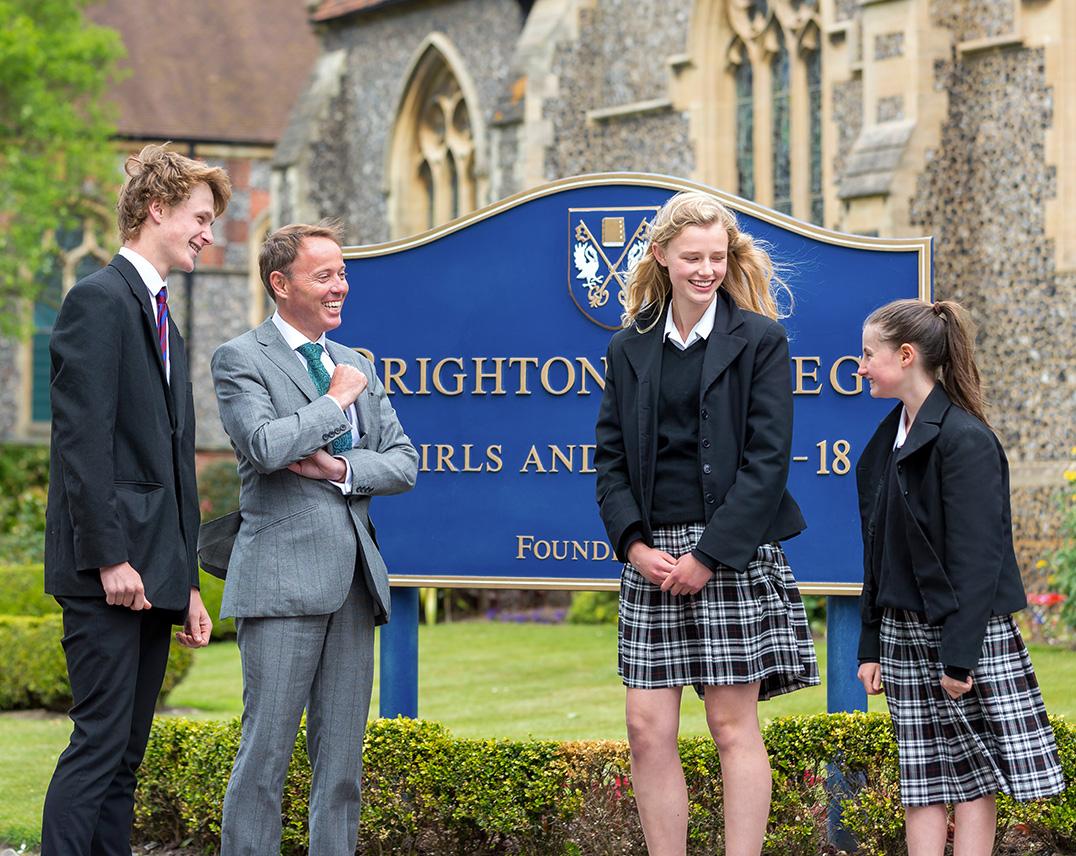 End of Trinity Term 2017 Letter from the Head Master

As you walk along the streets of most German cities, you might, as you pass the entrance to a house or an apartment block, suddenly feel a small change in the level of the pavement.

Look down and you will see a small, slightly raised, bronze square. There may be several of them. The Germans have a word for them: Stolpersteine, ‘stumbling stones’, stones to stumble upon. Look more closely and you will see, on each tiny brass square, a name, a date and a destination. The name is that of a man, woman or child who once called that place home. The date refers to the day they were forcibly removed from that home. The destinations are those places to which they were taken and from which they never returned. And so, as a citizen of Berlin or Hamburg or Cologne leaves her apartment each morning and turns to lock the door, she feels the irregular pavement beneath her foot. And, hopefully, she remembers.

I mention this today because I don’t think an end of term letter should simply be a list of all the wonderful things that have gone on this term – even though there have been so many such occasions when I have felt huge pride in the efforts and achievements of your sons and daughters.

Rather, I think the end of term should offer us all a time to reflect on how perhaps we can be better: as individuals, as families and as a school. And I think there is not one of us who would not benefit from a stone to stumble upon, a jolt to our senses that reminds us that there really are more important things in life than the teenage son who never washes and rarely speaks, the teenage daughter who tells you that you can’t possibly understand her and never will, or the parent of the ‘other’ child who talks endlessly of her offspring’s achievements while yours lies slumped in front of a screen playing a game that quietly drives you mad as you try very hard not to let it show. None of these things really matter. All of them are normal.

Which takes me back to those stones to stumble upon, little reminders of what really matters, often uncomfortable but sometimes inspiring. You will probably be able to think of your own this year, but here are the three stones that made me stumble this term.

The first relates to a speech I was asked to give at the significant birthday of an Old Boy of the school, an OB of whom I am very fond. It was a huge privilege to have been asked.

The stone that made me stumble was not the speech but the researching of the speech.

Picture a boy aged 13. In 1950. The eldest son of middle class professionals whose home is India, where he was born and brought up. His parents have enrolled him at Brighton and he is about to board the ship to England for the first time. Just before he leaves, his
parents call him in to discuss his surname. It is Abraham. He is Jewish. His mother urges him to change his name. To avoid the anti-Semitism that is still commonplace in ‘respectable society’.

Meanwhile, three thousand miles away, the Governing Body of Brighton College is debating the tricky issue of the number of Jews in the school. In short, there are seen to be too many. There is a demand for a cap on their numbers.

And so, young Abraham arrives at Brighton. And the first thing he does is join the boxing club. The first mention he gets in the college magazine is gaining his boxing colours for the 1st team, while still only in the 4th Form. He wins his colours every year for the next three. I like to imagine that this was his way of standing up to the bigots and, knowing the man, I don’t think I am wrong. He faced up to them and put them in their place. But how sad that he felt he had to.

Move forward 67 years and a tearful Jewish boy goes to his Housemaster to tell him that he has had enough of the anti-Semitic and homophobic ‘banter’ that has been levelled at him for weeks. The next day, the school prefects come to me to express their shock that this sort of behaviour still goes on. It counts as one of the worst days of my headship. I simply couldn’t fathom how this was still possible in our school, in our city and at this time in our history.

And then we picked ourselves up.

First, we took comfort from the outrage and bewilderment of virtually every pupil and, I have to say, from the sincere shame felt by the individuals responsible, each of whom, it became clear, had acted out of immaturity rather than malice. It reassured me that this truly is not a place where these things happen. No school can be perfect because a school is a community of imperfect individuals, but I have no doubt that Brighton is unusual and special in its championing of kindness, tolerance and respect.

I also realised that I couldn’t take this for granted. And so, in addition to everything else we already do, I have taken two very visible decisions to make clear the college’s attitude to prejudice in whatever form it takes.

Firstly, to address the homophobic element of the bullying, we are supporting our first ever Sixth Form float in the Brighton Pride, campaigning against homophobic bullying in schools. I am very grateful to the teachers and pupils who have devoted so much energy

and enthusiasm to building the float. Designed by Mr Harvey, our Director of DT, it will be a showstopper, featuring members of the swing band, singers, dancers, a Governor, Miss Hamblett and perhaps even the Head Master. And Sir Ian McKellen has even promised to join the party aboard. I do hope that as many parents as possible will come along to support our sixth formers on Saturday 5th August.

Secondly, as I announced on Speech Day, every Lower Sixth former next year, and in subsequent years, without charge, will visit Auschwitz with their Housemasters and Housemistresses. I don’t need to say why I think that will make a difference because I hope it is obvious. No one can come away from that dreadful place and not feel a need to tackle ignorance, prejudice and hatred wherever we find it.

I mentioned three stumbling stones. The third and last is as far from what I have described above as it is possible to be. But it still jolted me, got me thinking and will, I hope, make me a better person for it.

It took place on a Sunday in the Easter holidays. The occasion was my grandmother’s 104th birthday party. Grandparents are special people and it was a special day. Her three daughters were there, all of her grandchildren and several small people too, her dozen or so great grandchildren.

At one point, I was sat next to her, chatting about life in Brighton (she is perfectly sharp mentally) and then some music came on from the 1940s. She tapped me on the arm and said: ‘Richard, I love this song. Shall we dance?’

I haven’t had an offer like that in a long time so up we got and we danced. And, frankly, we weren’t bad at all.

And then, exhausted, we sat back down. And she turned to me and said ‘Richard, always find time to dance or run through a summer meadow on a sunny afternoon or swim in the sea. One day, none of that will be possible. It’s on those occasions more than any other that I used to feel really alive and really free’.

She paused, went quiet and then said ‘I miss all that. So much’.

Then she smiled. ‘But thank you for the dance. Let’s do the same next year.’

And having driven up to my grandmother’s party worrying about the next Open Morning or how to find a great new English teacher or whatever it was, I drove home reflecting on the much more important issue of how we can get every child, and indeed every adult, to reflect on that obvious truth that we too often ignore – namely, that this is the only life we have and we should live our lives in the daily knowledge of that. And remind ourselves that it is rarely the big budget things that matter – the large house, the latest four-wheel drive, the big boat or even the expensive holiday to South America. The best memories are of those small quiet moments when something made us laugh, someone made us feel good about ourselves or we, in turn, reached out to make someone else feel good about themselves.

So, as the boys and girls head off for the summer, I hope that they too embrace the simple pleasures that lie before them and perhaps try to remember the philosopher Bertrand Russell’s take on it all: ‘Every time I talk to an intellectual, I am convinced that happiness is impossible; when I speak to my gardener, I realise the opposite’.

So, good luck with the challenges and opportunities of your own Stolpersteine. Thank you for indulging mine by reading thus far.

And have a great summer.