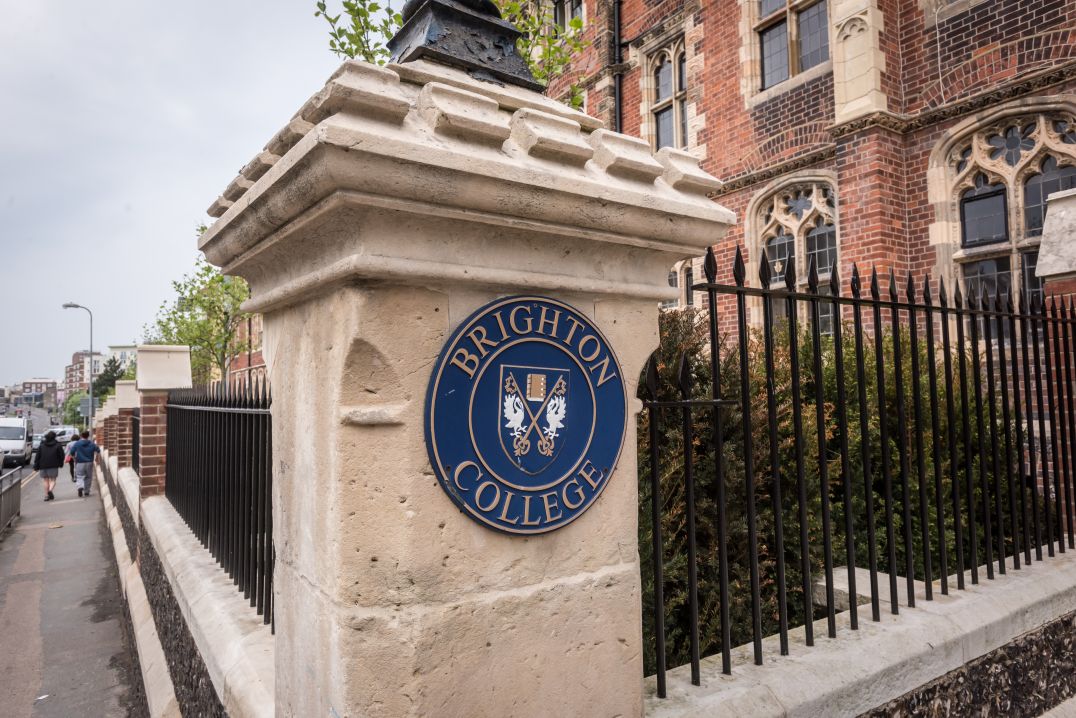 End of Hilary Term 2018 Letter from the Head Master

Three years ago, a young teenager clambered into the back of a frozen chip van on the final leg of his long journey from Syria to England. He arrived in a country he had only ever read about in books. He had no idea what sort of reception he would receive.

And he had only one shoe.

Roll forward to the first day of this term and picture the same boy, flanked by 30 other Brighton Sixth Formers, with a beaming smile on his face. Like them, he had won a place at Oxford or Cambridge – in his case, to read Mathematics at Balliol College, Oxford, the alma mater of three British Prime Ministers and five Nobel laureates.

A journalist was on hand to talk to Sulaiman that day. And she asked him how he had adjusted to life in England. He seemed surprised by the question and repeated what he had said in an article in The Timeslast year “You need to understand,” he said “that the English are such nice people…England is just such a lovely place”.

Hours later, Sulaiman’s achievements featured across the national press. He was asked for radio interviews and he gave them. He spoke of how he never gave up, whether on his long journey here or in his struggles with four A-Levels in a second language. He just kept going. And he encouraged other young people to do the same. To accept that life may well not have dealt them the best cards in life but they should just get on and play those cards to the best of their ability.

And then the vile online abuse began. Vicious comment after vicious comment. About his colour, his nationality, his physique. About how he was not welcome in England.

A bubble was burst. Sulaiman cancelled his planned TV appearance, stopped his radio interviews and retreated into himself. The England he loved had revealed its nastier side.

As I reflect on those days, I realise that it was the vile abuse I focused on more than anything. And I know that Sulaiman did too. But as time went on, I realised that we shouldn’t lose sight of those first positive comments: “The English are such nice people. England is such a lovely place”.

We tend to be rather embarrassed to hear this sort of thing because I think there is a tendency among us all to be more aware of the ways in which we are not such a lovely country. But we should actually be very proud of the role our city has played in welcoming the dispossessed of Syria, providing a place of welcome for so many of them here at the college each week, with free English lessons for every Syrian who wants them.

Our chapel too has been a place of worship for the many Syrian Christians in our midst. So many of you, and so very many of our pupils and teachers, have reached out their hands of friendship. Lovely people they are indeed. And I am more proud of my pupils for this than for anything that any of them have achieved this term.

And, of course, if we look beyond Brighton too, it is important that we focus on the many ways in which our world is a much better place than it was in the past: the number of children around the world without access to education has halved in only 15 years; there are 65 million fewer people in extreme poverty than there were five years ago; two billion people in developing countries now have access to the internet, lifting many of them out of poverty and into the job market; death rates from malaria and AIDS are at a record low; polio is about to be eradicated for good; fewer people go hungry than ever before; more people have access to clean water; and child mortality has fallen for the 43rd year in a row.

So it is not all gloom and doom. And it is important for schools in particular to nurture a spirit of optimism among the young people in our care while also reminding them of how fragile human progress can be and how recent are the examples of human beings dragging society into the abyss.

Just such a reminder was given to the Lower Sixth last month who accompanied me and my colleagues to Auschwitz-Birkenau. We flew from Gatwick into a Poland knee-deep in snow, enduring temperatures of -12º C. And we walked for hours in the cold and the ice, clad in our warm gloves, hats and coats, imagining other people in that place, people like us who once had their own hopes, dreams and ambitions but found themselves dressed now in thin striped pyjamas, shod in wooden clogs, malnourished and beaten. Condemned to end their days in the acres of human desolation through which we walked.

On Thursday, I will give each one of the Sixth Formers who visited Auschwitz a copy of Elie Wiesel’s ‘Night’. It is Elie’s own story, that of a teenager taken from his home in 1944 to Auschwitz, and then to Buchenwald. It deals, amongst other things, with those scrambled seconds when he, his father, his mother and sister were bundled out of the train on their arrival at Auschwitz; seconds in which his mother and sister were pulled to one side and he and his father to the other. His mother never imagined that this would be the last time she ever saw her son. And it deals with the last minutes on this earth of Elie’s father, months later, calling out to his son to help him as he was beaten savagely on the parade ground:

But his son was too frightened. And did nothing.

“It had been his last wish to have me next to him in his agony, at the moment when his soul was tearing itself from his lacerated body – yet I did not let him have his wish. I was fourteen and I was afraid. I shall never forgive myself”.

All that is a long way from the casual cruelty of the on-line abusers but it still serves as the most powerful reminder of what can ultimately happen if bigotry and prejudice become entrenched and normalised.

But the years since the Holocaust also highlight once again that things have got better for most people in most parts of the world. Mankind has striven, in a stumbling and imperfect manner, to be better, and most of us do indeed aspire to be the ‘lovely people’ that Sulaiman took us all to be, seeking as best we can to treat other human beings with the love and respect that we would like for ourselves.

I have always believed that a school can only flourish when it too puts love and respect at the heart of everything it does because it is self-evident that young people can never realise their true potential if they feel devalued or second best. It is not always easy to achieve this in a community consisting entirely of teenagers engaged in their own inner battles with their hormones – but try we do. And for me, personally, it matters more than anything else.

It also matters hugely to another person at Brighton College of whom I am in awe: Mr Peter Bellenger, the recipient this term of The Times Educational Supplement’s Teacher of the Year Award 2018.

Too ill to attend the awards ceremony, Pete agreed to produce a video. This is what he had to say:

“I’m so sorry that I can’t be with you this evening. I would like to thank so much the TES for giving this award, and the amazing pupils and teachers at Brighton College who nominated me for it. It means so much.

I know for sure that I do not deserve this award but I am so happy to be able to accept it on behalf of such a wonderful school community. The compassion and kindness of pupils, parents and colleagues has been totally extraordinary.

When I got my first signs of struggling with co-ordination and mobility, I thought I wouldn’t be able to carry on for long. But what touched me so much was that the more vulnerable I got during the process, the more that the community, both pupils and managers cared for me and supported me. Pupils have given up their precious time to raise money for the MND Association and to help me with things like changing the bathroom over in my flat to make it accessible. Two teachers even swam the channel, which was incredible.

I am one of those teachers that looks around my department in awe. I’ve always felt slightly apologetic at the start of the school year when my pupils discover that they have me as their teacher instead of one of my other amazing colleagues.

But what I have learned through getting ill is that the things that I thought mattered most to pupils were not the only things that they really cared about. Little things like smiles and trying to create a happy class and giving time outside of lessons. These were the things that pupils mentioned to me when I stepped down and it was so moving. And the funny thing is that a lot of those things that I was doing were because I thought I wasn’t a very good teacher. I received far, far more than I could have ever given.

But what really excites me is how education creates places where there is space for very human situations like illness and vulnerability to be embraced. I think schools can speak to society about what real community can be like. Brighton College certainly speaks to me that way, and I will always be so grateful to have had the chance to work here.

I would like to thank Richard, our Head Master, the amazing chemistry team that I have had the privilege to be a part of, and the two heads of department, Tom and Nino, who have helped me so much. And those who have helped me stay in work as long as possible.

Finally, to each and every pupil who has inspired me and blessed me by letting me be their teacher, thank you, more than I can say”.

How can I not be an optimist when I watch that video and hear Pete’s words? And as I look at the foundations of our new science building emerging from the ground, I no longer imagine a building but a place that might inspire a girl or a boy at the college, to find a cure, one day, for Motor Neurone Disease. And as I look out of my window at the boys and girls in the quad, I think what lovely people they are and what a lovely place this is to be.

In that spirit of optimism, I wish you and your families a very happy Easter, filled with positive thoughts and hope for the future.