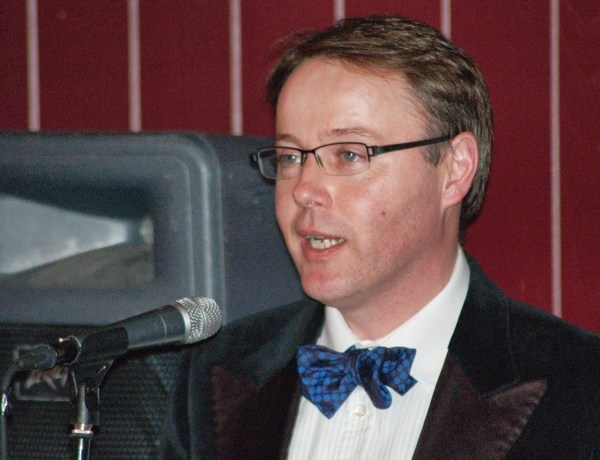 Brighton College - Then and Now

At this year's Annual Dinner, the Head Master gave a fascinating account of our very first OBs' escapades following their time at the College. Following some sneaky pilfering on our part we have at great expense secured a transcript of his speech (we asked for it... he gave it to us...) for your perusal...

"Brighton College was the first public school to be founded in Sussex, one of 68 public schools established across England between 1840 and 1870.  From the outset, it attracted to it the sons of some of the greatest families in the land.

But unfortunately for the school, the then president of the council the Earl of Chichester failed to provide the sort of endowment that underpinned the development of other schools founded in the same decade like Cheltenham College or Clifton College or Radley College. So the grand plans that Gilbert Scott had for the college were only partly realised and the first boys – all 47 of them – must have wondered what had happened to the elaborate cloisters, great hall and towering chapel of the glossy 1845 prospectus.

And yet from that early body of pupils emerged characters aplenty. Many of course became clergymen including the very first pupil to enrol at the college Richard Kirwan, later a Dean, who, at the age of 42, drowned while bathing at Sidmouth.

But most - as was no doubt the intention of the founders of most of our Victorian public schools – entered a life of service to the Empire.

Of those first 47 boys who joined the school, the youngest, our drowned Dean’s younger brother, was to die in the Crimean War while in command of a gun on HMS Highflyer at the bombardment of Odessa. Charles Baynton, the second youngest, fought in the Maori War of 1861.

William Pattle was murdered, aged just 23, by the Indian mutineers at Meerut on the first day of the insurrection. His story is told in Saul David’s study of the events of 1857: warned by his manservant the day before to flee, he took his concerns to his commanding officer who told him that it was incumbent upon all Englishmen to behave as normal. So, unarmed, they gathered at church that Sunday morning. And then all hell broke loose. William Pattle was discovered later that day by a fellow officer, disembowelled and dismembered. He is the first recorded casualty of the Mutiny.

Not long after, his fellow college pupil – the splendidly named Sir Harry Dalrymple Prendergast, won a Victoria Cross in the same Indian campaign.

Among the remaining 47 was:

There were, of course, other characters who emerged from the college in its early years: Sir Thomas Jackson, the great Victorian architect and Sir Edward Poynter, President of the Royal Academy were both early pupils.

Perhaps most colourful of all was Sir Francis Hughes-Hallet who went on to become an MP but was forced out after being found in bed with his step-daughter at a country house party. Intriguingly, a year later, he was also interviewed by police following the first murder associated with Jack the Ripper. In many ways, he fitted the profile: he was ex-military (the women were killed by someone who knew how to use a knife); he was seen in the area that night; and he happened to be seen leaving his club heading for the East End on the night in question.

Such were our first pupils. And such was the early school that one wonders what those 47 boys would have made of the college today and its 837 boys and girls.

They would probably not be surprised to discover that the grand architectural vision of Gilbert Scott and then of Thomas Jackson were only partly realised.  On the other hand, they might be surprised to know that our current boys and girls have doubtless never heard of Jubblepore or Mysore or the Ashanti Wars.

But I suspect that if they could reach out across those 164 years and meet the College pupils of today, they would be rather impressed.

But they are wrong: the pupils I have in my school are in many way a much better generation than my own: they look you in the eye, they carry themselves with confidence, they are so much more tolerant of difference and they recognise that the future of our society and of our entire planet depends upon their generation being a little less selfish than my own has been.

So, as I look back on the events of October 1845, as I think back to the subsequent arrival of those 47 boys in that small collection of buildings at the foot of the Downs, I can’t help feeling that they would be terribly proud of their successors of 2009."