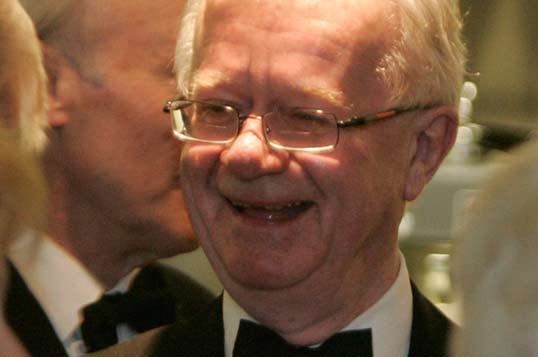 Welcome to the Old Brightonians, founded in 1882. We are lucky to have an active network, and we are proud of our long and industrious relationship with Brighton College. I attended Brighton College as a Lyon Scholar in 1952 and left with both wonderful memories and a fine education which I furthered at Pembroke College, Cambridge.

The roof of School House, of which I was Head, was leaking terribly at the time that I left, but I look back on my time there fondly, as I do on my time in Hampden before that, when David Nelson-Smith was Head of House. Apart from the usual run of school life, I seem to remember a disaster with fermented fig-juice which exploded in the dormitory (no-one found who the brewer was, but the loss was mourned), and a series of theatrical triumphs produced by Peter Gough, the Housemaster. He was married to the daughter of Leslie Banks, the famous actor, and their son Piers is the eminent architect. Since Peter taught physics, School House in those days was a pretty Renaissance sort of place, and also great fun to be part of.

As President of the Old Brightonians, I have regular contact with the College, and learn of the newfound enthusiasm that the network is enjoying from its OB members. Having moved into the College only last year, the network is busier than ever, with newly appointed OB Ambassadors lending truly international support.

The Old Brightonians have wide range of events on offer from informal gatherings for drinks in London, Lunch Clubs, and Business Breakfast Clubs to sporting societies such as Cricket, Golf, Netball, Rugby, and Tennis, the contacts for which can be found in these pages. The Old Brightonians network also helps facilitate a careers service for the school and its former pupils. Do take the time to browse the site fully, and do take part in the activities and the events, I can assure you that the fellowship amongst OBs is as strong as ever. This year at OB events I have had the pleasure of meeting many old friends and as a whole new year of College pupils graduate at the end of June 2011; I look forward to welcoming new ones to our prestigious ranks.