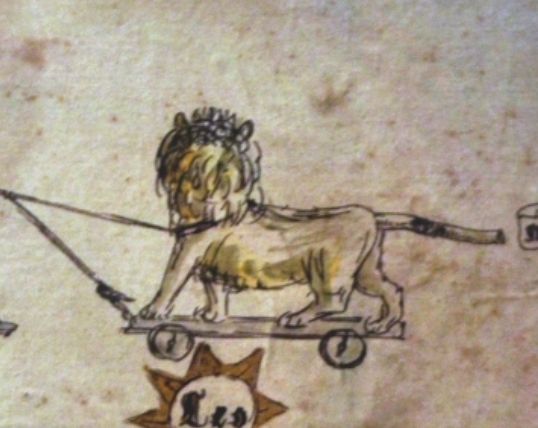 Stories from the Archive: The Case of the Missing Lion

This week's post was written by Karen Scanlon, who volunteers at the archive. She was helping to catalogue our collection of uniform, when a picture on the wall caught her attention ...

What I love most about researching local history, is the ability to see where buildings actually once stood, or, by having an understanding of a certain area, being able to visualise even where events may have taken place. However, the passage of time often means only fragments are left to suggest these buildings ever existed in the first place, and something else is needed to fill in the gaps.

This is when a photograph or drawing found in the archive is great as it can provide useful information that can help tell a story - much like putting pieces of a puzzle together. For example, recently I learned that Brighton College decided in May 1846 to rent on a temporary basis, for three years, the large house at the top of Portland Place known previously as Major Russell's Mansion, Lion House and Portland House. Today, although much altered, it is the site of the NHS Trust building.

Originally built in 1824, it was destroyed by a fire in 1825, when it was only partially completed, and then rebuilt. Interestingly, a drawing of this particular building in 1829 shows a lion situated at the very top. However, a second drawing from 1852 shows the same building, but without the lion on top. Hmmm…The plot thickens.

A cartoon in the archive, drawn by a pupil in June 1848 of the procession to lay the foundation stone of the current College building features three men pulling a rope attached to a trolley and what looks like the exact lion from the top of Portland House. Writing beneath the illustration, written by G.E. Cotteril, son of Rev. Henry Cotterill, Principal at the College from 1851-1856, describes the lion's role in the procession beautifully:

The Lion - which surmounted the old College in Portland Place, and gave it before 1846 the name of 'Lion House' - survived for some years with its 'endless' tail, and is introduced as a finale.

This makes me ask, did the college actually take the lion, as depicted in the cartoon, and could this be the reason for its absence in the second drawing? If so, where is the lion now? What do you think? Do you know where it is?!