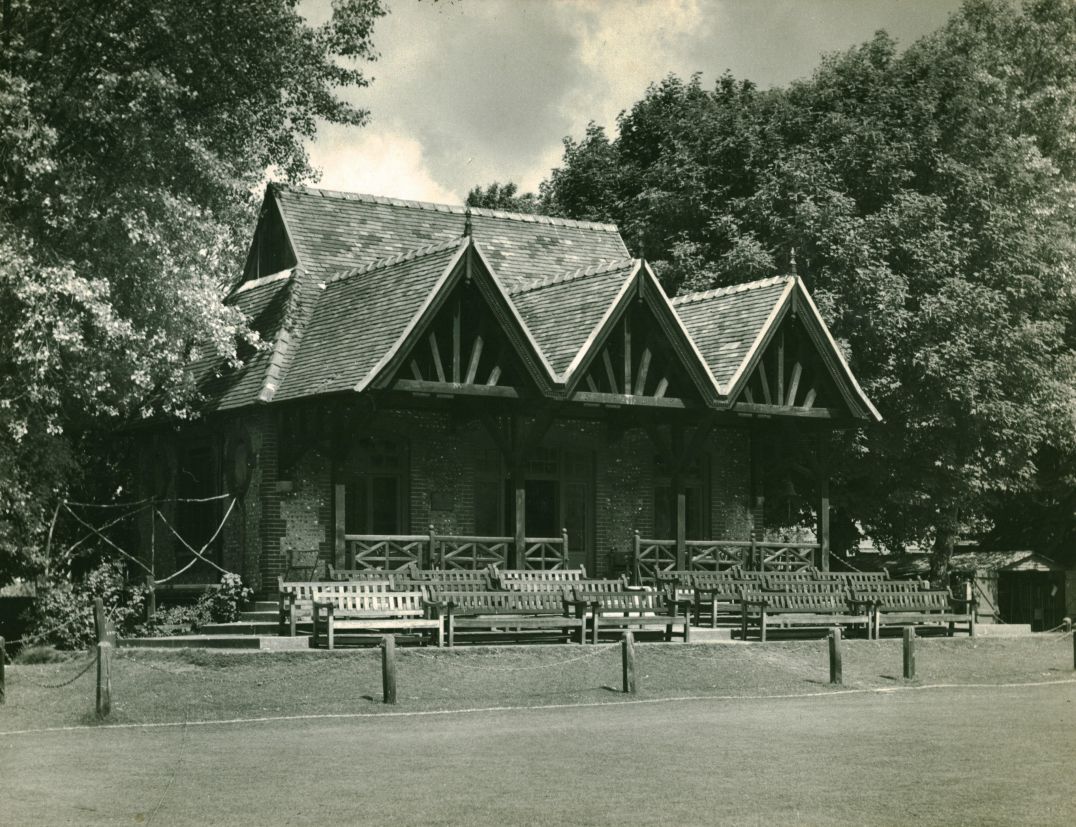 Who was Thomas Graham Jackson?

In this piece, the archivist delves into the life of Brighton College’s great architects, Thomas Graham Jackson, and examines his impact on the College today.

Jackson was born in London in 1835, and educated at Brighton College from 1850 to 1853, before going on to Wadham College, Oxford. From 1858 to 1861 Jackson was a pupil of George Gilbert Scott, a controversial architect largely responsible for the mid-Victorian Gothic Revival, who had already made a great impact on Brighton College, designing the College’s Main Building.

Much of Jackson’s architectural career was devoted to the architecture of education, and he worked extensively for various schools, including his own alma mater, Brighton College.

Jackson’s first architectural contribution to his former school were several improvements, including enlargement and levelling of the playground - today known as the Home Ground, and the construction of a cricket pavilion. Jackon’s cricket pavilion was on the site that is now the School of Science and Sport. With an ever-expanding school in the 1970s, it was sadly deemed necessary to demolish the pavilion to make way for new facilities.

The 1880s saw a change in layout at Brighton College, with the school transforming into an enclosed quadrangle. In 1884, Boarding House A (which later became Chichester House, and is now Abraham) was completed and was quickly followed by Boarding House B, School House. Both were designed to house 40 boys. These buildings formed the western half of the school grounds.

His final contribution to the College came with the First World War memorial extension to the Chapel which was built in 1922/23, which expanded the building originally designed by his teacher, George Gilbert Scott. He also designed many of the Chapel’s memorials in the 1880s and 1890s.

However, what is now arguably Jackson’s most impressive architectural legacy at Brighton College did not come to fruition until over 90 years after his death. Jackon's designs for the Boarding Houses were intended to adjoin a grand tower. In 1887, however, the College fell short of funds, and rather than a tower, they settled for a gateway, which served as the main entrance to the College for over a century. Jackson’s designs for Boarding Houses C and D were also left unbuilt.

However, a generous contribution of £2 million by an anonymous donor finally allowed for the tower’s completion, over 125 years later. In 2014 Jackson's grand tower was finally constructed and named Cairns Tower.

During his own lifetime, Jackson struggled to achieve public recognition for his architectural achievements. Some of this long-delayed recognition came when Jackson was elected A.R.A. by the Royal Academy of Arts in 1892, and R.A. in 1896. He was made a baronet in the 1913 New Year’s Honours List.

In his later years, Jackson became a prolific writer, authoring works on subjects such as architectural history, geography, and art, and even writing a collection of supernatural stories, inspired by the works of M.R. James.

Jackson died in London, aged 88, on 7th November 1924. A stone memorial tablet to him was erected in the Chapel of Brighton College, and can still be found there today.

Today, Jackson is best remembered for his work at Oxford, including the Bridge of Sighs. But overall, Jackson has become a rather forgotten member of the great pantheon of Victorian architects. However, when passing along Eastern Road and through the main entrance to our College, wandering around the front quad, and examining our Chapel, we can still enjoy some of his great architectural legacy.

Jackson’s ideas and architectural brilliance left an incredible mark on Brighton College, most of which can still be seen today.