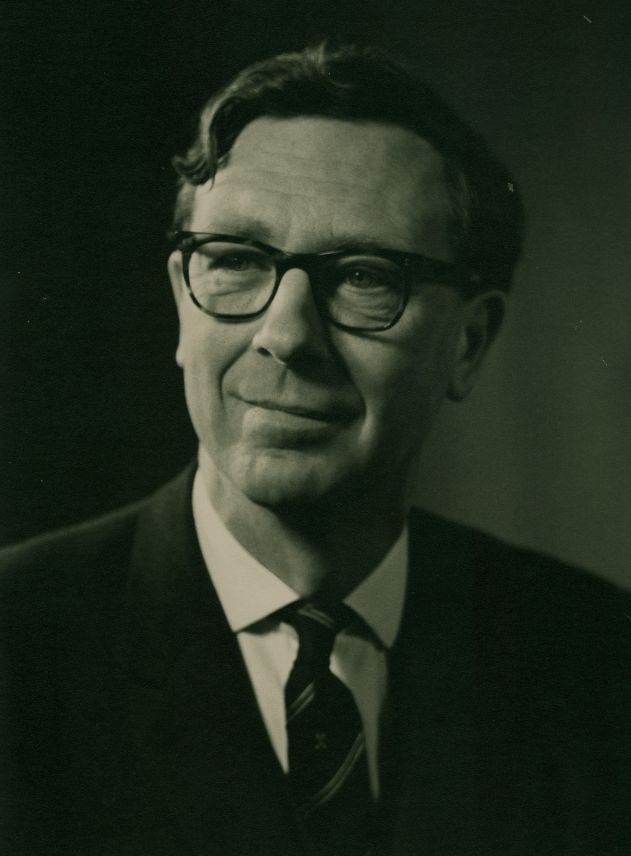 As part of our commemoration of the 175th Anniversary of Brighton College, we are creating a series of Head Master profiles, covering every Head Master since the Second World War. Henry Christie was in post from 1963 to 1971 and oversaw an overhaul of the academic standards of the College.

“He is not by nature an authoritarian but has discovered countless practical ways of getting others to feel that they have been sharing with him in the task of re-shaping the College for its role in a new age.”

Henry Christie was a polite and generous mathematician, with a keen eye for academic standards. His key objective as Head Master was to quickly raise the level of education offered at the school, as he believed it was far from satisfactory at the time of his appointment. Prior to Brighton College, Christie had been an Under Master and Master of the Queen’s Scholars at Westminster School, who held a fierce academic reputation. Christie’s personality, experiences and background prepared him well for the academic focus that would dominate his tenure as Head Master.

Christie’s appointment as Head Master coincided with great changes to education in the country. The number of university students was rising fast: from 52,000 in 1945 to 85,000 in 1950, and 126,000 in 1963; by the time Christie left in 1971, that number had risen to 235,000. The same month that Christie arrived, the government published the Robbins Report, which advocated a massive increase in students. University education was becoming an aspiration for an increasing number of families.

Christie pushed for the introduction of Russian and economics as part of the sixth form timetable, secured consent for raising the weekly number of lessons in the sixth form, and saw that the extra lesson time for sixth formers was filled with English and an optional subject.

His educational changes would bear fruit, with a rise in the number of pupils going on to study at university. In 1961, only 10 of the 65 boys who left in the academic year 1959–60 went on to university, and only 26 of them took and passed A-Levels. By 1968 there were 46 university entrants. The improvement to the Oxbridge record was also impressive. In both 1965 and 1970, six College pupils won Oxbridge scholarships.

The other great challenge of Christie’s reign was to repair an increasingly tense, agitated, and even chaotic school atmosphere, amidst the great cultural changes of the period, mend the strained relationship between pupils and staff, and restore morale. Some of Stewart’s more restrictive rules were relaxed; the rules governing the boys’ leisure time, were eased. Christie was a gradual reformer rather than a revolutionary. While there were outbreaks of rebellious behaviour by pupils during Christie’s tenure, including Dining Hall walkouts and even a hunger strike, and whilst some criticised him for not being tougher on staff and pupils alike, overall, his approachable manner and acute judgment won over most of the College community.

He was known for being a calm man, and this was attributed to his contented family life, and his strong partnership with his wife, Naida. The warmth and hospitality of their home was remembered with gratitude by many and played a large part in building up awareness across the College that they were all part of a family community.

Christie oversaw the purchase of land that would become the Woolton Building, with the new building opening in 1972. His tenure was marked by a reconstruction of new boarding houses, the conversion of Durnford into a Day House, the forging of plans for the Junior School to move to Walpole Lodge (where the Prep School remains to this day), and the purchase of Hawkhurst Court and Kingscliffe.

Despite Christie’s success in raising the academic tone of the College, pupil numbers - particularly boarding pupils - began to fall during his tenure, mainly due to factors outside his control. Public school numbers were decreasing across the country, in part because the national total of teenagers was dropping. Boarding was falling out of fashion within the education sector. The fall in numbers was compounded by a rise in costs across the College, creating a difficult financial situation, though not on the scale of the school’s earlier financial crises.

In spite of this fall in pupil numbers, as well as struggles to meet rising costs at the College, Christie remains fondly remembered by most who knew him during his time as Head Master. He is remembered for his kind and gentle manner, his wisdom and his calmness under pressure.

The September 1971 Brightonian article on Christie’s departure provides an appropriate summary of the high regard with which he was held by the Brighton College community:

The bonds of affection which have grown in the last eight years between Henry Christie and Brighton College have developed such particular strength and tenacity that a sense of personal deprivation will be felt at his departure by every member of the school and by all who come within the wider orbit of its life.

The Christies moved on to St Edward’s Oxford, where Henry had been elected Warden, and seven years later he became the Director of Studies at Dartmouth. He then went on to become a Visiting Professor of Mathematics at Annapolis Naval Academy.