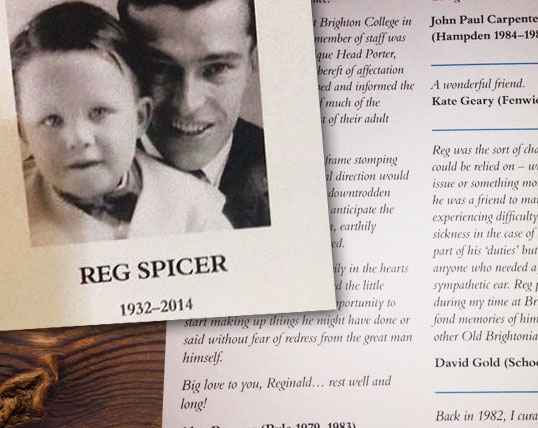 Reg's birthday was 17th January and so the family chose this date to celebrate Reg's time with the College, and to scatter his ashes. Reg arrived at the College in 1977, working with Bert Swarbrook until Bert retired in 1988 when Reg became Head Porter until his retirement in 2001. He is remembered with huge affection by everyone who worked with him.