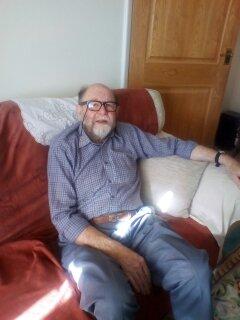 "At Brighton College, I gained a grounding which was useful in facing life"... In this lovely piece, David McKinley (Du. 1948-52) tells us what life was like for a Brightonian over 70 years ago.

I joined Brighton College, in Durnford House, in 1948. The actual building that was Durnford was not part of the school architecture but was a large rambling building, which the school had acquired, situated several hundred yards away from the main school. It did not have an adequate kitchen for the needs of a large number of boys and so, at mealtimes, a junior boy was deputed to go down to the school kitchen and collect the food for the whole house, which he then wheeled up the road on a large enclosed trolley.

The country was at the time labouring under the burden of food rationing and each boy was issued with two one-pound jam jars. We collected our ration once a fortnight, sugar in one jar and in the other, a small square of butter and a similar square of margarine. The latter tasted pretty awful and the great decision was whether to mix the butter and margarine together to form a more acceptable spread or to put up with the margarine on its own and keep the butter as a luxury. Milk was also rationed and so there were two jugs of milk on the breakfast table: one of which was constituted from powdered milk. Breakfast consisted of porridge on weekdays and corn flakes on Sundays. By the time I left school in 1952, the supply of milk had improved and the government had decreed that every schoolchild should have a third of a pint of milk a day, so we all had our own small bottles which were delivered to the house every day. To supplement school food, we all had tuck boxes in which we kept delicacies sent from home. When rationing was relaxed, my parents sent me treats like golden syrup and other ingredients from which I made fudge which I tried to sell for 1 penny a square. One day, I put the tray of fudge on the study windowsill to cool, and someone saw a snail crawling over it… so my trade was killed stone dead!

Our contact with the world at large was provided by the BBC Home service or the BBC Light Programme. We received these programmes not by individual radio sets, but by a system known as “Rediffusion” by which the house was connected to some central receiver and we had loudspeakers which plugged into sockets on the walls of the common rooms and studies. For entertainment, we had films once a week on Saturday evenings and for this, the school was on the commercial film distribution circuit.

It was compulsory for every boy to be a member of The Corps. Just before I joined the school this was the OTC (Officers' Training Corps) but by the time I arrived, it was the JTC (Junior Training Corps). By the time I left school this had become the CCF (Combined Cadet Force). The corps provided one of the highlights of the summer term when we all paraded on the school playing field for inspection by a Major General or another high-ranking officer. Music was provided by the Royal Artillery band and their full orchestra always gave a concert in the evening in The Dome to which we were all invited.

Apart from track and field athletics, the main sports we played were rugby in the winter and cricket in the summer. We had an annual fixture with the MCC - who always sent some celebrity in their team. I remember one year it was Denis Compton, as he was injured and couldn't play for England, and when he went out to bat, he had to have a runner!

It was at this time that the Government came out with a scheme for providing a public-school education for boys of working-class background, and we had such a boy who joined School House. He came from London and had a distinct London accent which, of course, didn't fit in at all with the rest of us. He was teased and pick-on mercilessly and the poor chap only lasted a term. We were supposed to be young gentlemen, but I am ashamed to say that there was nothing gentle about the way this lad was treated. A film called The Guinea Pig was made about the scheme in which Sir David Attenborough's brother Richard played the part of a boy who went to Rugby. Happily, in the film, this guinea pig survived!

The great scourge in the early fifties was poliomyelitis which was a crippling disease for which there was no cure. We had a tragedy at Durnford while I was there which affected us all. Our housemaster's wife contracted polio, and although she did recover, she spent the rest of her life wearing a calliper on her leg to enable her to walk.

The education we received was then, as now, of high quality but the introduction of the new exam, GCSE, proved a problem for some of us and its standard had to be revised the year after its introduction.

Living with other boys of the same age instilled a camaraderie and inevitably led to great friendships. My close friend who arrived at Durnford at the same time as I did, was David Leuw (Du. 1949 -52). We still talk to each other on the phone every Sunday. I look on my days at Brighton College with fond memories and believe that there I gained a grounding which was useful in facing life.

If you want to share the story of your school days, This email address is being protected from spambots. You need JavaScript enabled to view it..