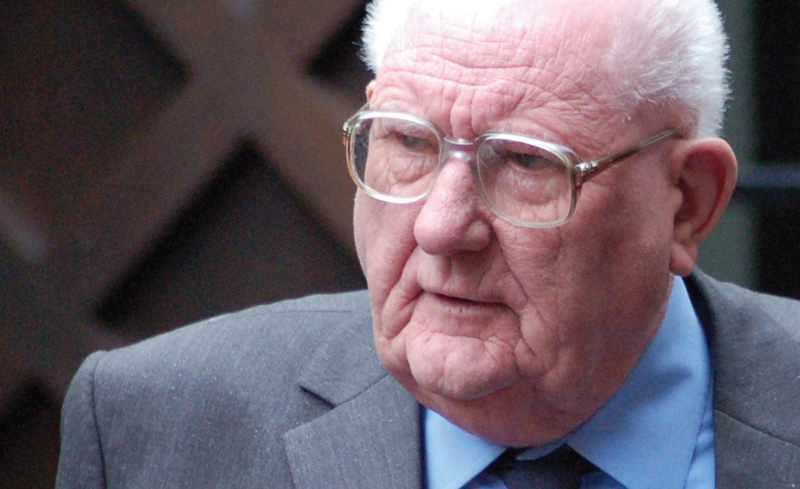 The recent great successes enjoyed by the College – surely a source of joy to all of us who love the place – have caused the Press to suggest that it was previously a ‘backwater’. So it seems right to refer to the work done in the last fifty years, that work itself laid on earlier foundations. After all, the decade before then produced Lord Alexander, Lord Skidelsky and Bishop Bavin (to say nothing of Sir John Chilcot) among others! And these last fifty years began with a visit from the Queen. Backwater...?!?

The trigger for this ‘essay’ is provided by two conversations separated by some ten years. At the end of my first Governors’ meeting in 1971, two Canons of the Church, Booth and Mansell, stood with me in the Front Quad. James Mansell said: ‘Of course this College ought to be a day school of 600’. This was a shock to me – as it was to Canon Booth – as I had been appointed with a brief to increase boarding numbers! I told this to Michael Wheeler, a wise newly-appointed Governor at the end of the seventies. ‘Yes’, he said, ‘he is probably right but it will take until 2000’. The first conversation was with 332 boys in the school; the second with about 410 boys and 40 girls. To place this in even deeper context, I also recall Philip Burstow sending me a note shortly before he died in 1974 to congratulate me on the numbers topping 400 for the first time since 1932. Never forget that the College was 600 strong in the twenties!

There are two aspects of these five decades to look at: good fortune and appropriate decisions and the two are not always easy to disentangle!

Firstly good fortune: parental contacts with the Grocers’ Company and help from the Industrial Society provided a new Science block at the end of the fifties and, at about the same time, the new Workshops were built and, above them, the new Day Houses, providing such an important framework to support everything that goes on in the College. In 1966 School House burned down, and a better and more adaptable building was erected in its place. Then the aborted attempt by the Town Council to extend a dual-carriageway to the Royal Sussex County Hospital led to the compulsory purchase of the Prep School on satisfactory enough terms to allow for the acquisition of the Walpole Road Convent in 1970, thus providing better accommodation for a larger Prep School.

The early seventies brought a further stroke of luck – the Sports Hall was built largely unfunded.
I recall a frozen meeting of the Finance & General Purposes Committee in front of a one-bar electric fire. There was talk, by Ronnie Pickering, of insolvency. The Bursar and Harold Myerscough, and myself, let him expound his thesis before announcing the £49,500 gift from Sir Thomas McAlpine. Never, before or since, have I witnessed someone deflated and inflated at the same moment.

Fourteen years later the Great Storm of 1987 relieved us of the mulberry tree, under which Samuel Johnson once sat and on which there was a preservation order: thus it was possible to build Williams House, providing space for the first properly co-educational girls.

Soon after came a great boost to the Scholarship Fund. A venerable Old Brightonian called Cooke who, on the fallacious advice of his accountant that he could only give away £3000 a year, even to a charity, had been giving this sum annually for a few years. For fear of appearing greedy, we did not disabuse him. Perhaps this was a good thing as the best part of a million came to the Scholarship Fund from his estate. Recently, of course, the Abrahams family has outshone all previous generosity.

So much for good fortune! Half way between luck and decision-making came 10 days or so into my headship when the College architect, John Daviel, visited me and said: “We’ve got to decide NOW whether to build the Maltings classrooms strong enough to take a third floor”. With 330 boys in the school it did not seem necessary. “How much?” I asked. The sum was not great, so the decision was taken by the two of us to provide strength for the Alexander Art School some 35 years later. No governor was consulted but the lucky decision was ratified by them a few weeks later. Luck rather than judgement?

Then there were crucial decisions. As the Convent was bought, so Kingscliffe House in Eastern Road came up for sale and was immediately bought, providing the Pre-Prep, which would later feed the Prep School. That was in June 1971. By August, two governors, the College solicitor and the appointed but not yet in office Headmaster purchased Hawkhurst Court at Wisborough Green.  Once again, this was ratified by the Governors, but only after Sir Stanley Rees had moved ‘that the College refrain from buying any more schools for the next six months’. It was to be a further 30 years till the next significant purchase – that of a lease on St Christopher’s.

Hawkhurst Court did much more than boost the finances in the difficult early seventies. Providing useful capital when sold in the early eighties, it also led to the development of specialist teaching for dyslexia under Margaret Hollinshead.

The decision to admit girls into the Sixth Form in 1973 initially strengthened the fairly weak numbers, boosted the academic results and the music and drama, but it also made it more likely that the 1985 decision to go co-educational would eventually be taken. And this, of course, was the most profound change of the last 50 years, taken at the mid-point, arrived at also after the girls in the Pre-Prep became absorbed into the Prep School, initially to the age of 11 and then to 13.

It is worth noting a co-educational ‘episode’ which might have had a considerable effect on the development of the school. In March 1984 the College and St Mary’s Hall were within a couple of days of combining their Sixth Forms. The Deed of Arrangement was signed by the College Council, but the following day the Headmistress got cold feet and SMH withdrew. It is interesting to speculate how different the future of the two schools might have been; indeed, whether the sad demise of SMH might have been avoided and a form of co-education that separated the sexes between 13 and 16 might have prevailed. However, full co-education it was to be, answering the growing desire among parents to educate their children of each gender in the same school, and creating a more diverse community, more in tune with the city it serves.

Most of the reactive decisions made – extra buildings – arose as a consequence of increasing numbers. They included, firstly, the pre-fabs that housed the maths department in the back quad, replaced in 1986 by the Lester Building, the new pavilion and the north-west classroom block (1980), including the new Pre-Prep. All this enabled departments to start to be located more closely together. But as the century closed and co-education became well established, some proactive decisions about buildings were needed to sustain and develop the broad cultural education that the College has long provided and which had gone from strength to strength over the course of the last fifty years. The new Music and Drama building, with its cafe below to encourage parents to be part of the ‘fabric’, was erected. ‘Kemptown Pier’ was purchased. All these and the recent Art School, while adding to the attraction of the school to future pupils, served to emphasize the school’s long-standing commitment to the arts as part of a well-rounded education.

Apart from co-education, and Anthony Seldon’s courageous abolition of Saturday school, which surely staunched some wastage at GCSE, most of the changes highlighted so far have concerned buildings. Many others would concern people, but they would need a longer perspective to assess. There are just a few other ‘factors’ that have helped to prepare the ground for the successes of the new Millennium.

The selection of four young OBs as Governors in the 1970s was one such factor. They were forward-looking, able and wise, and have had much to do with the progress towards the present day. Secondly, the efforts of Gordon Smith, and later Graham Brown, in the Prep School  to encourage music led to the need to appoint a full-time strings teacher whilst, at the same time, the School Orchestra was made to meet on a Monday, enabling those members of it good enough to join the Brighton Youth Orchestra to do so. In 1971 I counted four boys in the School Orchestra. There were 70 pupils in it by the mid-eighties. So much for the advance of music. Thirdly, in 1977 Foundation Scholarships (at age 11+) to enable talented boys, predominantly from maintained primary schools, to come to the College were started. It was my hardest battle with the Governors, who realised how costly it could become. Thankfully, Margaret Thatcher introduced the Assisted Places Scheme to save their bacon for a decade or two. I like to think that, as well as enabling some bright boys to enjoy what the College could offer them, this pushed us a little bit up the A-level tables towards the excellence of today.

The 600, which might have been there during John Leach’s reign but for the 1990-93 recession, came at the Millennium and the whirlwind of Anthony Seldon launched us into this century and national, as opposed to local, renown – together with the purchase of the lease of another school – St Christopher’s – and longed-for improvements to the boarding houses, and the further widening of horizons.

The Governors were then lucky and wise to appoint Richard Cairns as an able successor to someone so difficult to follow. Introduction of Mandarin may prove to be of great significance, but his 11+ house most certainly will. Let us hope that this, together with the relationship forged with a London comprehensive school, will accord with political moves coming increasingly to the fore at this time to build meaningful links between independent and maintained schools. And what of Brighton College Abu Dhabi?

Many do not like League Tables as a measure of success, but let us give thanks that we are placed so highly in them!!